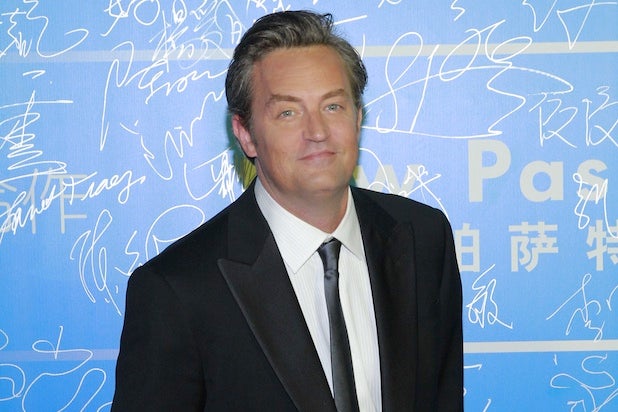 Matthew Perry has strayed from NBC for his new project.

The “Friends” and “Go On” star is penning an adaptation of Neil Simon’s classic “Odd Couple,” an individual with knowledge of the deal told TheWrap.

A script deal with penalty at this point, the project is intended as a multi-camera comedy. If CBS orders the script to series, Perry will star and executive produce.

Danny Jacobson has also signed on as producer/writer on the project. Additionally, Timberman-Beverly principals Carl Beverly and Sarah Timberman and The Tannenbaum Company’s Eric and Kim Tannenbaum will serve as executive producers.

It isn’t clear which version of “The Odd Couple” Perry plans to use as his source material. Simon’s play debuted on Broadway in 1965. That was followed by a film in 1968 and the TV series that premiered in 1970, which starred Tony Randall as Felix Unger and Jack Klugman as Oscar Madison.

Simon’s basic premise and characters stayed intact across all three mediums. Felix and Oscar, two divorced men, share a Manhattan apartment. While Felix is neat and tidy, Oscar is sloppy and casual. Their different lifestyles inevitably lead to conflicts and comedy.

Most recently, Perry starred on NBC’s short-lived comedy “Go On.” He played a sports talk radio host trying to move on from the death of his wife. In May, NBC canceled the sitcom after one season. Also, Perry was the co-creator, co-writer, executive producer and star of the short-lived ABC sitcom “Mr. Sunshine,” which ran from February to April 2011.

His most successful role, of course, is that of Chandler Bing on NBC’s ensemble sitcom, “Friends.” It ran from 1994-2004.