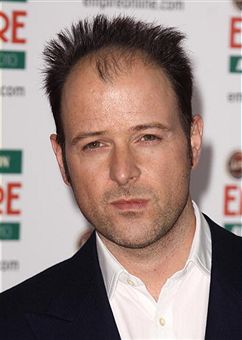 Is "Kick-Ass" director Matthew Vaughn eyeing "Bloodshot" as his next directorial effort?

Latino Review reports that Vaughn has optioned the defunct Valiant comic book "Bloodshot" and plans to make it his follow-up to "Kick-Ass."

But wait! Not so fast… "Kick-Ass" creator Mark Millar claims the report is false, saying Vaughn was offered the project months ago and turned it down along with several others. Millar says that Vaughn is starting work on a screenplay for their project about Filipino comic book artist Leinil Francis Yu that the duo are launching in September.

Further complicating matters is Millar’s claim that "Drew," an executive at Fox, offered him the chance to write "X-Men 4," which Millar says he turned down, only to have Latino Review tweet that it received an email from Fox saying Millar was lying about being offered the gig.

Meanwhile, The Playlist thinks Latino Review has been "spotty" with their exclusives of late, and advises readers to take the report with a grain of salt. And lately I’m sensing an anti-Millar bias over at Latino Review, so who knows who to believe?

"Bloodshot" does seem like a pretty random choice for Vaughn, whose Hollywood stock is through the roof these days. If it does wind up being the director’s next project, he’ll apparently be co-writing the script with partner Jane Goldman ("Stardust") based on the second of two volumes of the comic, which follows a reanimated government assassin named Angelo. The report claims Vaughn intends to start casting the self-financed project this summer.

Latino Review goes on to mention that producers are lining up to bring Millar’s new comic "Nemesis" to the bigscreen. Millar himself says that Marc Forster, Sam Raimi, Charles Roven, Marv Productions and WB have wanted to talk about "Nemesis" for months, and that he hopes to find a director for the project before the end of April. I haven’t started reading the series yet but I’ve planed on picking it up since I first heard the logline, which basically poses the question "What if Batman was The Joker?" I know… it sounds pretty cool, right?

I saw "Kick-Ass" months ago at a test screening and there’s only one word to describe it: Awesome! Apparently the film isn’t tracking too well, which I’m sure is making Lionsgate nervous, but if I were them, I wouldn’t worry too much. "Kick-Ass" is the very definition of a word-of-mouth hit. Give it a couple weeks to catch on and I’m sure its performance will make the studio look very, very smart for picking it up. 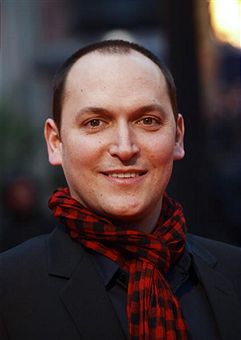 Latino Review also recently let loose that "Clash of the Titans" director Louis Leterrier is circling the adaptation of Brian K. Vaughn’s graphic novel "Y: The Last Man" that D.J. Caruso had previously been rumored to direct with his "Eagle Eye" star Shia LaBeouf in the title role.

This comes just weeks after Leterrier revealed himself to be on the shortlist to direct Marvel’s "Avengers" movie, though that could have just been Leterrier angling for the job. I’m guessing the final decision won’t be made until we see how "Clash of the Titans" performs at the box office this weekend.

As a fan of both "Unleashed" and "The Incredible Hulk," I consider Leterrier one of the rising stars of the action genre along with Pierre Morel ("Taken"). "Clash of the Titans" doesn’t look particularly promising but I’ll probably give it a chance in 3D if word of mouth is even somewhat positive. Judging from the trailers, I just don’t see the character work that in my eyes made his previous films surprisingly successful.

I’ve never read Vaughn’s so-called "masterpiece," but its storyline has always intrigued me and as I get more into comics, I’m hoping to catch up with it soon. The comic follows the last man on Earth and his pet monkey as they cope with the new society that emerges in the wake of a worldwide plague that wipes out every mammal possessing a Y chromosome (except for them). New Line originally hired David Goyer ("Blade") to adapt the comic years ago, but the project has languished in Development Hell, even after Vaughn himself wrote a "great" draft.

In addition to being a prolific comic book writer, Vaughn also writes for ABC’s "Lost," and with that series finally wrapping up, Vaughn has been shopping a high concept heist movie called "The Vault" to major studios. The Playlist posted a script review last week.