“Mad Men” creator Matthew Weiner’s unnamed dramedy no longer has a home at FX. The company’s chairman John Landgraf told TheWrap on Thursday that the project was shelved some time ago.

“We just passed. It just fell apart,” said Landgraf. “COVID sort of shifted the timeline and the production equation on many, many things. Some of them made it through, some of them didn’t. Matt’s project didn’t.”

The project, which was first announced in 2020, would have marked the Emmy-winning writer/producer’s return to TV since his brief 2018 Amazon series “The Romanoffs,” and his first linear show since “Mad Men” signed off in 2015. 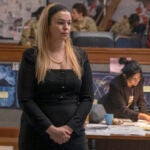 The announcement was widely criticized as Weiner was among the men named during 2017’s #MeToo watershed moment: Former “Mad Men” writer Kater Gordon, who won an Emmy in 2009 for the “Meditations in an Emergency” episode, accused her boss of telling her she “owed” it to him to let him see her naked. She left the series and the industry a year later and founded a nonprofit to help women deal with sexual harassment. As she told The Information, “I eventually walked away instead of fighting back.”

Weiner denied the allegations, telling the New York Times in 2018, “I have reasons I don’t believe that I said it, if that makes sense, but I really don’t remember saying it.”