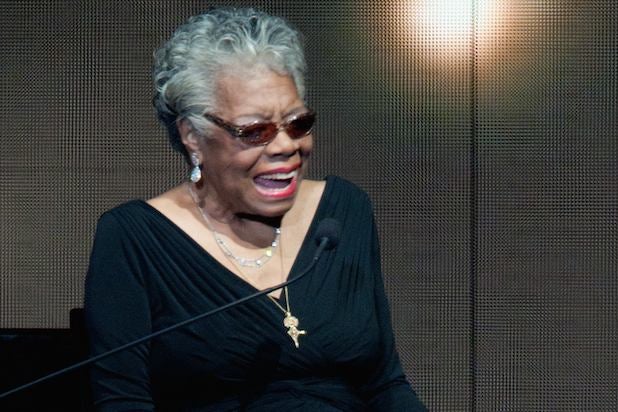 Maya Angelou was found dead at 86 on Wednesday, and became a trending topic on Twitter as the world heard word of her passing.

Hollywood stars, media personalities, and authors joined millions of others expressing their condolences, or celebrating the distinguished poet, writer and civil rights activist’s life by sharing her greatest contribution to this world — her powerful words of wisdom.

See what J.K. Rowling, Lena Dunham, Ellen DeGeneres and others famous folks had to say, below:

“If you are always trying to be normal, you will never know how amazing you can be.” Maya Angelou – who was utterly amazing.

RIP to one of the greatest women this world has ever known. Thank you Maya Angelou for all of the gifts and knowledge you gave us…

Thank you, Maya, for your power, your politics, your poetry. We need you more than ever. Rest in peace.

Today the world lost one of it’s greatest gifts. I’m sending love to the friends and family of Maya Angelou.

Maya Angelou is my hero. She gave me courage to love myself and others. Her life was a gift to so many.

Saddened by the news of Maya Angelou’s passing. A brilliant woman who contributed so much to the world. Her light will be sorely missed.

#RIP #MayaAngelou thank you for invoking our better lights and our heart songs. Gone at 86 but will be treasured always

My first intv with Maya Angelou, she read this poem to me. http://t.co/bLuLSU7r4E.

We have lost Maya Angelou at the age of 86. RIP Thanks to Troy Hawkins and many others for bringing this news to… http://t.co/8HjUEHfGez

How sad (for us) that Maya Angelou isn’t here. Lucky my teachers introduced her. Will never forget Maya & Chappelle. https://t.co/9SRJdBmqGN

Angel. #RIPMayaAngelou The first book I read as a teenager, “I know why the caged bird sings”. Felt like we knew her pic.twitter.com/inHEh9zIhs

I was thinking about her lately. GOD Bless the Soul of one if my heroes. Dr Maya Angelou

RIP Maya Angelou, may you live on with the force