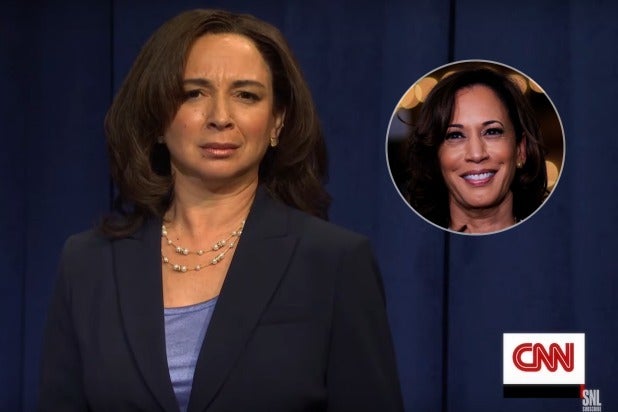 After California Senator Kamala Harris was announced as Joe Biden’s running mate, “SNL” fans could barely contain their glee that Maya Rudolph would have more chances to play the newly-christened VP candidate.

Rudolph portrayed Harris multiple times this past “SNL” season, when Harris was still running against presumptive Democratic nominee Joe Biden for the nomination herself.

“I love going to the show any excuse I can get,” Rudolph told Entertainment Weekly, shortly after Harris was announced. “I just didn’t really anticipate traveling during this pandemic, but if there’s anyone who can work it out I’m sure Lorne (Michaels) has some kind of invisible helicopter that can get me there.”

If elected, Harris would be the first woman and first Black and Asian American person to hold the title of vice president.

The selection comes after months of speculation over who Biden would choose as his running mate, especially after he promised that his VP pick would be a woman during an appearance at the March Democratic debate. Since then, Biden’s potential VP list also included Stacey Abrams, Tammy Baldwin, Karen Bass, Keisha Lance Bottoms, Val Demings, Tammy Duckworth, Michelle Lujan Grisham, Susan Rice, Elizabeth Warren and Gretchen Whitmer.

Rudolph was nominated for an Emmy for Outstanding Guest Actress in a Comedy Series for playing Harris. For Harris’ sake, lets hope it goes better than it did for the last female Vice Presidential pick.