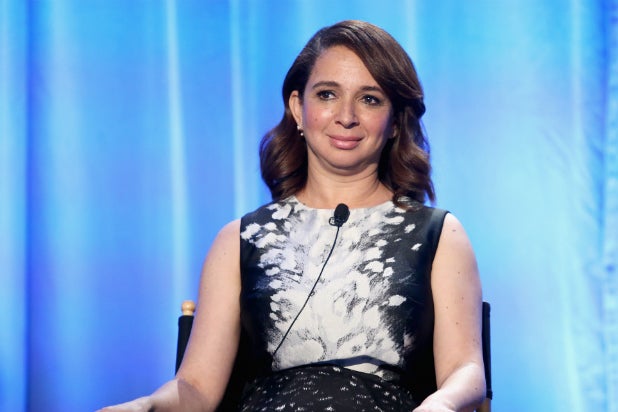 Maya Rudolph is staying loyal to one of her funniest bridesmaids — the “SNL” alum is joining Melissa McCarthy’s “The Happytime Murders.”

The former “Bridesmaids” costars will collaborate again, with Rudolph taking a supporting role in the STXfilms vehicle for McCarthy. The dark comedy is set in a world where humans interact with puppets.

Set in the underbelly of Los Angeles where puppets and humans co-exist, “The Happytime Murders” tells the comedic tale of two clashing detectives, one human and the other a puppet, who are forced to work together to solve the mystery of who is brutally murdering the former cast of “The Happytime Gang,” a beloved classic puppet show.

“Happytime” is one of several female driven projects set up at the studio, including films with Anne Hathaway and Amy Schumer.

Todd Berger, Dee Robertson, Erich and John Hoeber wrote the script which also got a pass from Melissa McCarthy.