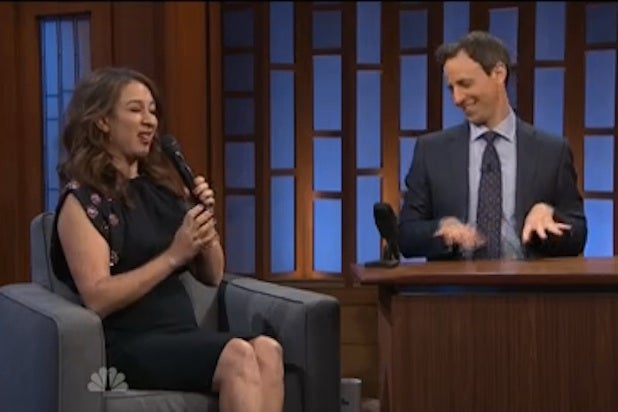 She said the skit got as far as dress rehearsal, but that host Justin Timberlake wasn’t a fan.

“You claimed that your characters had written the theme to the TV show ‘Taxi,'” Meyers said.

“Correct, but technically we did make — we did make it clear that we just wrote the lyrics,” Rudolph said. “Because as everybody knows, there are no lyrics to that song.”

Meyers suggested she perform it for “Second Chance Theatre,” a segment on his “Late Night” where old acts get a new chance to shine.

“I’m not kidding,” Rudolph said. “I really wanted to do this for a really long time.”

And so she began an over-the-top scat rendition of the “Taxi” theme.