Playing the Cornell University-educated drug cartel leader offers an opportunity to bring depth to a character viewers both fear and champion — a Walter White or Michael Corleone for Latino outlaw culture.

Ahead of Tuesday night’s season finale, FX confirmed a third season that will be helmed by co-creator and executive producer Elgin James, following the exit of co-creator and “Sons of Anarchy” creator Kurt Sutter.

Just as the “Mayans” season comes to a close, the curtain will rise at the Geffen Playhouse, where Pino will star in the stage adaptation of the 1948 film noir classic “Key Largo” in the role made famous by Humphrey Bogart. Previews for the play, adapted by Andy Garcia and Jeffrey Hatcher, begin Wednesday, followed by opening night on Nov. 14.

Pino talked to TheWrap about the complexity of characters and Hollywood’s need to look beyond numbers when it comes to representation.

What are your thoughts when you hear the latest results about the lack of Latino representation in front and behind the camera? Have the conversations in Hollywood changed?

I think that there are opportunities out there now that weren’t present when I first started in the business. Now, that being said, I think it’s time to have a more nuanced conversation about what those opportunities look like.

I don’t think it’s good enough anymore to be a tertiary character on a police procedural drama or even a secondary character on a police procedural drama. If you go to any big city in the United States, you’re going to find lead detectives, lieutenants, captains, the head of police departments who are Latino or Latina. And it is absolutely viable and believable, and maybe even more realistic, to start casting and telling those stories in that way. We need to not only ask, ‘Are we getting cast in these shows?’

You’ve said before that in lesser hands — without the influence of Sutter and James — you may not have been interested in playing Miguel Galindo. Can you elaborate?

On face value, when I read who Miguel Galindo was — the head of a Mexican drug cartel — for me that’s usually an immediate pass. We’ve seen that character way too often. And it’s usually written in such a lazy, stereotypical, evil-vs.-good kind of way. That’s not interesting, and it’s not challenging, and everybody knows what to expect. It’s not even fun to watch anymore. Audiences are so much more sophisticated now. We can’t keep telling the same tired story and not invest in the complexity of these characters.

Kurt Sutter writes in such a three-dimensional, realistic, gritty, challenging, unpredictable way that I knew he wasn’t going to subscribe to that lazy stereotype. In addition to that, Elgin James, with his background, I knew that there was a story to tell that he wanted to tap into that was untold. And then having worked with FX in the past, I knew that they were going to try and push the envelope as to who these characters were and challenge not only the actors but the audience to pick a horse. Who are you going to cheer for?

If you watch “The Shield,” which I was very fortunate to be on, it was hard to pick who you rooted for from episode to episode. (With) Kurt Sutter having been part of that show, I trusted that Miguel Galindo would be fleshed out to the point where he would have a lot of duality and sophistication.

How do you feel Miguel Galindo has evolved from Season 1 to Season 2?

Miguel was set up in Season 1 to show the extreme of what he’s capable of as the head of a cartel. In a lot of ways, he’s the law; he’s the jury; he’s the executioner. As a businessman, there are certain steps that he has to take in order to not only be punitive, but to set an example, so that it doesn’t happen again. And in that way, he’s very strategic and deliberate. He compartmentalizes his behavior. He’s capable of torturing somebody at the beginning of an episode. And then by the end of the episode, he’s having dinner with his family, and he’s kissing his wife and his son. Season 1 was really about exploring that duality.

In Season 2, he’s trying to rewrite or to make amends for the violence and the destruction and the death that his father’s legacy has left in Mexico through the cartel. He really loves to see himself maybe as a Robin Hood sort of character where he’s aligning to help the more impoverished communities along the border in Mexico.

So I think what we’re seeing him realize is that there’s another side of him that maybe he hadn’t entertained before.

That’s where good writing can make the difference. You have all these threads that can be taken in different directions. How does the diversity of the Mayans writers’ room influence those decisions, and where do you see Miguel going?

Any kind of inclination that I have, any guesses that I have, will likely be wrong because I’ve been wrong pretty much at every turn in the last two seasons. The only thing that I’m certain of is that I’ll be surprised again.

Our writers are so diverse, in terms of ethnicity, gender, age. There’s no way to predict what the storyline is going to be.

Continuing to talk about inclusion, you are the son of Cuban immigrants. The detectives you played on “Cold Case” and “Law & Order: SVU” were characters of Latino descent, though their ethnicity was not front and center. That’s not the case on “Mayans M.C.”, where Mexican and Mexican-American culture is central to the underlying current of the show. How is cultural authenticity achieved?

For instance, to play Miguel Galindo, I have a Mexican dialect coach for when I speak Spanish. My normal comfortable Spanish accent sounds very Cuban. We went through an entire script talking about consonant sounds, vowel sounds and vernacular. He would be there every time Galindo spoke Spanish. He was behind the monitor. And after every single take, I would look towards him, and he would give a thumb’s up, or he’d come out, and he’d say, ‘That sounded a little Cuban.”

The authenticity of “Mayans M.C.” is incredibly important to everybody. And it’s important to me, so I take a lot of time when I learn lines in Spanish that it’s not only learning the lines. It’s learning the accent that goes with that. Miguel doesn’t have an overwhelmingly Mexican accent because we’ve chosen the reality that Miguel was not was raised in Mexico. We’ve chosen to give him a very neutral accent. So he speaks Spanish well, and it’s hard to place exactly where he’s from.

It’s unusual to have a Latino character on screen with an American — or neutral — accent when speaking Spanish. So many American children of immigrants can relate, and it’s not something typically reflected on screen.

When Miguel speaks in English, he has no accent, right? So why should it be any different in Spanish? His duality also exists in how he speaks Spanish and English. His English is perfect. He doesn’t have a notable accent, and his Spanish is perfect, and he doesn’t have a notable accent. He lives in both worlds equally. That 50-50 split is another way that that kind of materializes. 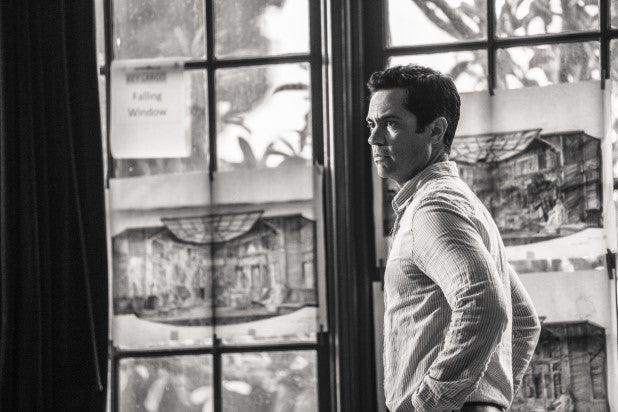 As Season 2 of “Mayans” concludes, you make your debut as Frank McCloud in the play adaptation of “Key Largo”. That’s a major shift. How is your process different?

There’s so much technique in being onstage. The preparation is similar in that I love to get a lot of background detail on the character, regardless of the medium. Trying to understand this particular piece, being a period piece just after World War II, and I’m playing character Frank McCloud, who’s a veteran. Understanding the Italian campaign that he was involved in and what he would have seen and the ramifications of that. Trying to understand what he would have experienced and bringing that on to the stage is the challenge.

(I’m) trying to respect the legacy of that film, but also trying not to do karaoke version of it. I haven’t watched the movie, deliberately, because Humphrey Bogart is just such a strong figure in any film. I refrain from watching it so that I could just find my own way into the character and find his authenticity through me. It’s an adaptation written by Andy Garcia, who I have revered as an actor and musician and director since I can remember, and Jeffrey Hatcher. They adapted it from the film, which was itself adapted from the stage play.

Anything you’d like to add that has gone unsaid?

The more I have this conversation about inclusion and diversity, I feel that we’re at a moment in our industry where there are opportunities to develop content that didn’t exist before. I think it’s valuable to have these conversations to kind of assess how far we’ve come and maybe set goals for the future.

But I think true change happens in present time. And what that means is supporting people from multiple ethnicities, from multiple backgrounds and points of view to have their creativity supported and produced. How that manifests is for people continuing to write; for networks to give those people opportunities to tell those stories; to cast them in authentic ways; to open up writers rooms. Because it’s from those writers rooms that a staff writer is the next showrunner. Right, right. To have opportunities on multiple levels throughout the industry is how change happens. 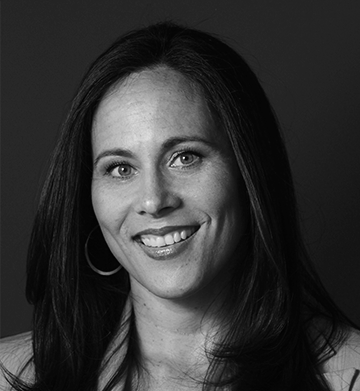