TheGrill, TheWrap’s annual gathering of thought leaders in entertainment and media, debuts as a three-day virtual event Sept. 22-24. Partnering with Create the Writers Room and Young Entertainment Activists, this roundtable discussion will focus on inclusion, impactful conscious content and actionable steps required to maintain momentum in the effort to sustainably increase representation and elevate diverse voices in Hollywood.

With health and safety top of mind, TheWrap has created a digital-first experience for TheGrill 2020. For over a decade, TheWrap’s Grill event series has led conversations on the convergence between entertainment, media and technology, bringing together newsmakers to debate the challenges and opportunities facing content in the digital age. This year’s event will focus on the future of theatrical, streaming revolution, building inclusion from within and the growth in podcasting and gaming.  Attendees will have access to keynotes, panel conversations, roundtable discussions and networking. 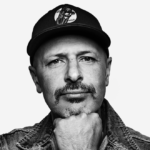 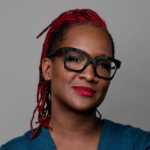 Gamechanger Films CEO Effie Brown is an award-winning film, television and digital producer known for championing diversity in Hollywood. Her producing credits “Dear White People,” “Real Women Have Curves” and HBO’s “Project Greenlight” alongside Matt Damon and Ben Affleck – just to name a few. Brown also served as an executive producer on Lee Daniels’ “Star” on FOX and Disney Channel’s “Zombies.” Prior to Gamechanger, Brown founded Duly Noted Inc., a company dedicated to ground-breaking narratives that use genre to challenge and advance our culture in a disruptive way. 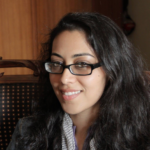 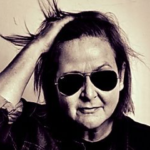 Producer and comedian Page Hurwitz is responsible for discovering and launching the careers of today’s top comedians including Amy Schumer and Tiffany Haddish. In 2013, Hurwitz and Wanda Sykes co-founded Push It Productions, with the focus of creating high quality comedy content with an eye toward diversity in front of and behind the camera. Their recent projects include Netflix’s “Tiffany Haddish: Black Mitzvah” and “Tiffany Haddish Presents: They Ready,” with Hurwitz serving as executive producer. Push It is also developing “W.H.I.P.s,” a half-hour comedy for BET, which features an African American, 40-plus, female cast. 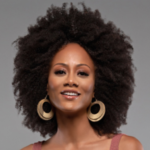 Nika King is a stand-up comedian, actress, and writer. She most recently starred as Rue’s (Zendaya) mother Leslie in the HBO series “Euphoria.” Her additional credits include “Wild N’ Out” (MTV), “2 Broke Birls” (CBS), “Greenleaf” (OWN) and “Kevin Hart’s Guide to Black History Month” (Netflix) and more.

About Create the Writers Room: Founded by Writer/Producer Rickey Castleberry — through his production company 19f Productions — Create the Writers Room – Create The Writer’s Room emerges as a fresh take on diversifying Hollywood narratives through a robust repertoire of programs aimed at connecting young writers with the executives currently at the helm of the industry. By championing new opportunities for writer’s of diverse backgrounds, Create The Writer’s Room seeks to forge the next generations of writers in all spheres of entertainment. Learn more info at @writencolor

About Young Entertainment Activists: Young Entertainment Activists (YEA!) believes that in order to change global culture we need to change the people who make it. As an activist hub in Hollywood, the organization produces action-oriented events and initiatives to transform both the internal makeup of the industry and our world at large. Our vision is to make social impact part of every aspect of work and personal routine. Learn more via @yeaimpact