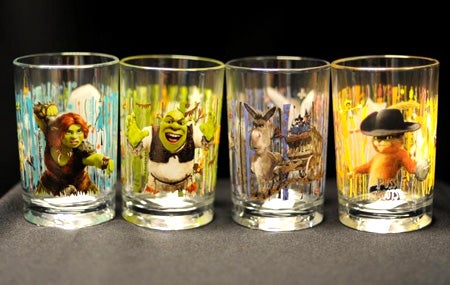 The 16 ounce glasses were sold for $2 at McDonald’s restaurants in May and June, the CPSC said. The metal was found on four designs: Shrek, Fiona, Puss n’ Boots, and Donkey.

Long term exposure to cadmium can cause adverse health effects, according to CPSC.

McDonald’s issued the voluntary recall "out of an abundance of caution."

The film, which opened on May 21, has earned more than $211 million worldwide.