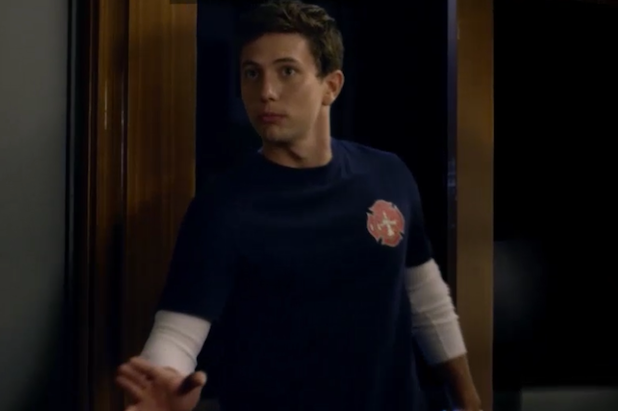 Lance Sloane was in the middle of making “Act of Valor” when McG handed him one of the best scripts he’d ever read. It was for a project called “Aim High,” the story of a high school student (“Twilight” star Jackson Rathbone) who moonlights as a secret agent.

As Sloane shared his enthusiasm for the script, Tsujihara and colleague Thomas Gewecke informed Sloane that it was the tip of the iceberg. Warner Bros.  had several different digital series in development.

“I was shocked they were considering doing this experimental work,” Sloane told TheWrap. “I jumped ship and dove in head-first to experiment with Warner Bros.”

Sloane, a producer for Warner Bros. digital distribution, has since produced “H+ The Digital Series” with Bryan Singer and “Mortal Kombat: Legacy” with Machinima.

Yet it all starts with “Aim High,” the studio’s first digital series. The second season of the show debuted Monday on Crackle, so TheWrap spoke with Sloane about why it lured him back to Warner Bros. and whether “Aim High” could make it to TV.

TheWrap: How did this show first come about?
Sloane: McG had been developing the project at Warner Bros. and he thought it would be cool to produce and do it over at Bandito Brothers. McG came to see our place and he freaked out at our capabilities for doing action and post-production. I read the script and freaked out, so I went to Kevin Tsujihara and said, “Hey do you know about this? I love it.”

Also read: The Case for Kevin Tsujihara: Can He Take Warner Bros. Into the Digital Age?

And he said?
There were these digital projects being developed; I was shocked they were considering doing this experimental work. One thing led to another, and we talked about me doing it for Kevin and Thomas Gewecke, who runs the digital side. I jumped ship and dove in head first to experiment with the Warner Bros. guys. Digital was then housed under the straight-to-video division, which is under home video. It allowed the filmmaker and writers to do something off-grid. In a way, it was the perfect place to develop.

You are debuting this new season on Crackle. Where did you premiere it last time?
The first time we did it in two places. We went with AOL. They were relaunching their youth channel, Cambio, and that was of interest to us because it sounded like they would use our show as a cornerstone of the relaunch. It didn’t happen that way, but we also put it up on Facebook and you could integrate yourself into the show from the Facbeook page. We thought that was cool and innovative, and we got a lot of fans from Jackson [Rathbone], a lot of female ‘Twilight’ fans came to the series we didn’t anticipate.

So why Crackle?
We want people to see it and Crackle is committed to driving traffic. They are doing exclusive and innovative promotions to reach their demographic.

Did you always want to cast Jackson?
Before we got Jackson, my son was really good friends with David Henrie, the kid from “Wizards of Waverly Place.” It was a huge hit when we were in production and he begged to be a part of [“Aim High”], but he was under an existing contract. McG was always a fan of Jackson Rathbone, and he jumped in while doing “Twilight.”

How involved has McG been?
The beauty of McG is he’s putting it on the line and asking people to help you do things they don’t do on a big feature. When we were hunting for our director, he was very involved. He was involved with the script, development and casting. He weighed in on all the elements and had a person from his production company there 24/7 for both seasons.

How would you describe Jackson’s character?
The job he’s taken is not what he signed up for. He’s super good at it but wants to be a regular kid. He wants to date the hot girl.

How long do you think you can keep it going? Won’t Jackson get too old to play a kid in high school?
He’s getting to that point now for sure. We really had conversations about the second season – is he in high school anymore or is he off in Jakarta on a mission? You can go anywhere with it. The next season, god willing, maybe we’ll highlight another character or Jackson hands it off.

Who determines if there is another season?
We’ve talked to Crackle about a third. That could be cool. A small group of us determine a third one, but ultimately it’s the fans. We have to give them what they want.
Watch the first episode of Season 2: