During the shooting of her fiancé Robert Rodriguez's new film "Red Sonja," actress Rose McGowan injured her elbow so badly that production was forced to come to a halt.

While performing her own stunts on the remake of the 1985 Brigitte Neilsen/Arnold Schwarzenegger film, McGowan hurt her arm and had to undergo wrist and elbow surgery that required surgeons to take part of her elbow out. 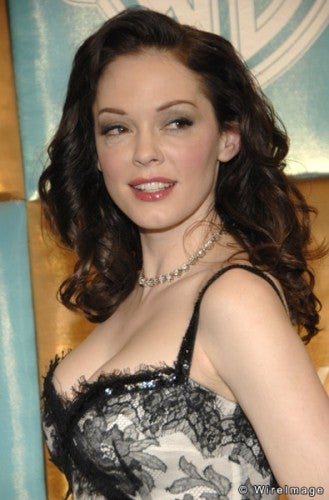 "I had really bad nerve damage from doing stunts -- I do a lot of my own stunts,” McGowan told FoxNews. “I could no longer use my arm, but now I can hold a fork and drive so we’re working our way up. It’ll probably be another six months of rehab, but It’s the price you pay for being really limber and being able to do back flips!”
McGowan plays the title role in the Nu Image/Millennium film based on a Marvel Comics story about a girl who becomes a feared warrior and seeks revenge on those who destroyed her family.
The actress recently took to her Twitter account to address rumors about the production schedule.
“Just this once i'll address questions about Red Sonja & others; i was meant to do in ‘08. Major personal &private; reasons I pulled out. Starting 2 want to work again. Sometimes real life f***ing sucks. That’s all. God bless us survivors," she first tweeted.
“To clarify press reports: Red Sonja is delayed. I pulled out of doing it in ‘09. Not permanently. Hopefully will follow Conan," she tweeted later in the day.
Finally, she tweeted: "I am still contracted to do it Red Sonja. Hopefully Filming in ‘10 not ‘09."
x
Looks like you're enjoying reading