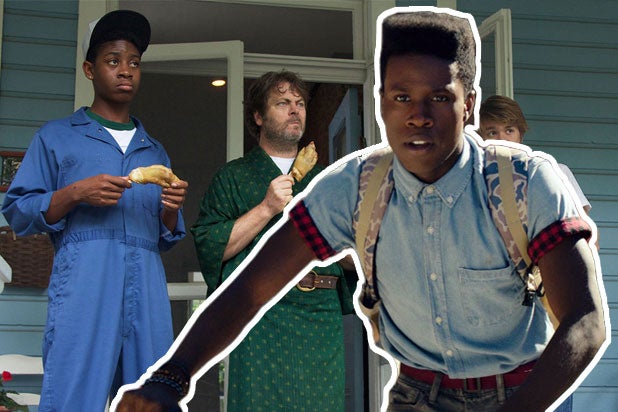 The two movies with the most buzz coming out of this year’s Sundance Film Festival — “Me and Earl and the Dying Girl” and “Dope” — are about to hit theaters, and they could bring a wake-up call for this year’s so-far sleepy independent film scene.

But so far this year, no limited-release film has taken off in terms of awards-level buzz or box office.

Watch video: Thomas Mann Falls for Olivia Cooke in First Trailer for 'Me and Earl and the Dying Girl' (Video)

In comparison, Wes Anderson‘s “The Grand Budapest Hotel” had booked the bulk of its $59 million domestic box office haul by this time last year. In addition, Jon Favreau‘s “Chef” was starting to heat up to an eventual $31 million and IFC Films was about to roll out Richard Linklater‘s “Boyhood.”

Art-house box office may pick up in coming months.

“Me and Earl and the Dying Girl” is a touching comedy about the friendship between an awkward high school senior (Thomas Mann) who spends most of his time making parodies of classic films and a gravely ill classmate (Olivia Cooke).

It won Sundance’s Grand Jury Prize and Audience Awards and was acquired for $12 million at the festival by Fox Searchlight, which will debut it in limited release on Friday. The plan is to build buzz before going nationwide with the film, which is directed by Alfonso Gomez-Rejon and adapted by Jesse Andrews from his 2012 novel.

“We love the picture,” said Frank Rodriguez, Fox Searchlight’s head of distribution, “and the reviews have been great, but we have to temper our enthusiasm a little. We don’t have stars in it, and the director is an unknown, so we just don’t know.”

Both “Dope” and “Me and Earl and the Dying Girl” are hits with critics, with the former at registering a 100-percent positive rating on Rotten Tomatoes and the latter clocking in at 89 percent.

Open Road Films is eschewing a platform, or gradual, release and going wide on June 19 with “Dope.” Writer-director Rick Famuyiwa’s comedy-drama about an inner-city teen (Shameik Moore) trying to get into college against all odds played in the Directors Fortnight section at Cannes to a rave reception, after which Open Road won a Sundance bidding war for “Dope,” acquiring it with Sony, which will handle foreign distribution, for $7 million, plus $20 million in marketing.

The decision to roll out “Dope” widely rather than with a gradual or “platform” release was easy, said Jason Cassidy, Open Road’s marketing president.

“We see a great opportunity, and it warrants it because it’s fresh and funny and the testing numbers are incredible,” he said. “It’s a multi-cultural film that we think will appeal to African-American, Hispanic and Caucasian audiences, and there’s nothing like it in the market, so we wanted to give it every chance to break out.”

In addition, “Love & Mercy,” Roadside Attractions’ biopic about the Beach Boys’ Brian Wilson starring Jon Cusack and Paul Dano, showed promise with a $2 million debut in 465 theaters over the weekend, and Sony Picture Classics’ “Infinitely Polar Bear” arrives on June 19. Mark Ruffalo stars in the comedy about a manic-depressive divorced dad tying to win back his wife (Zoe Saldana) by caring for his two young daughters.

Here’s a look at some of the year’s top-grossing independent films so far:

Teenage sex sets off an ominous spirit stalker in the simple but stylish horror film “It Follows” from writer-director John Robert Mitchell. It was headed directly to video, but a warm reception at the 2014 Cannes Film Festival earned a theatrical release for this creeper starring Maika Monroe. It’s taken in $14.6 million for Radius-TWC, not bad given its under-$2 million budget.

Julianne Moore won the Best Actress Oscar for her portrayal of a college professor diagnosed with Alzheimer’s disease, and “Still Alice” has ridden that momentum to a $28.5 million box office run for Sony Pictures Classics. Alec Baldwin, Kristen Stewart and Kate Bosworth star in the film, written and directed by Wash Westmoreland and the late Richard Glatzer.