Bill Mechanic, the former chairman of Fox, and Adam Shankman, director of the movie "Hairspray," will produce the 82nd Academy Awards telecast, Academy of Motion Picture Arts &  Sciences President Tom Sherak announced Tuesday. This will be the first major Oscar show involvement for both men. 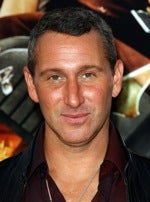 Mechanic (below, right) is now a producer who heads Pandemonium Films, and Shankman (left) is a choreographer and judge on ABC’s Fox’s "So You Think You Can Dance," suggesting that the Oscarcast may once again have a strong song-and-dance component, as it did last year when Hugh Jackman hosted.

A host has yet to be determined for the show.

“I couldn’t be happier to have this talented team on board,” Sherak said in a statement.  “I’ve known Bill for many years, so it’s like putting Oscar in the care of a dear friend.  Bill has a tremendous love and respect of film and will draw from his vast experience as a producer, a studio executive and a film historian to help make this year’s Oscar telecast a memorable one.  And Adam’s experience in producing, directing and especially choreography will be a huge asset to the production.” 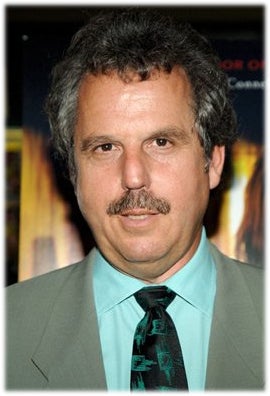 “I’m thrilled to be producing the Oscars with Adam,” said Mechanic.  “I think Adam has the perfect background and spirit to make the show both unique and fun to watch. Together we will build upon the best traditions from the great shows of the past while helping pave the way to the future.”

“The last time I was on the show was as a dancer, and to come back as a producer is such an unbelievable honor,” said Shankman. “I look forward to collaborating with Bill to celebrate the world’s collective love of movies and provide a fun escape from the difficult times we’re living in. Simply put, there is no show like the Oscars and I am thrilled to be a part of our industry’s most treasured tradition.”

Shankman’s directorial credits include “Bedtime Stories” (2008), “Hairspray” (2007), “A Walk to Remember” (2002) and “The Wedding Planner” (2001). His upcoming projects include “Rock of Ages,” “Sinbad,” “Bob: The Musical” and “Bye Bye Birdie.” In addition to directing, Shankman, along with his sister, Jennifer Gibgot, produce films through their shingle, Offspring Entertainment. Together they are currently producing “The Last Song,” “Going the Distance” and “Step Up 3D,” all set for 2010 release.

Academy Awards for the outstanding film achievements of 2009 will be presented on Sunday, March 7, at the Kodak Theatre at Hollywood & Highland Center, and televised live by ABC. The Oscar presentation also will be televised live in more than 200 countries worldwide.