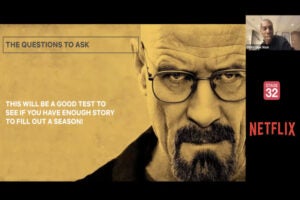 Inbox feeling lonely? Check out these media and entertainment newsletters

Haven’t you heard? Newsletters are the internet’s hottest trend, and everyone is either reading or writing one themselves.

When it comes to the media industry, most major media outlets have their own industry-focused newsletters, including CNN’s Reliable Sources from Brian Stelter and Oliver Darcy, Axios’ Media Trends from Sara Fischer, the Columbia Journalism Review’s daily and weekly newsletters and Nieman Lab’s Daily Digest, to name just a few, that highlight the day’s important media stories.

For coverage of Hollywood, the major trade publications also have their own newsletters featuring their best coverage. (Hint, hint: Subscribe to TheWrap’s newsletters here.)

But the recent rise in popularity of Substack, a platform that allows writers to create free or paid newsletters, has helped create a booming — and increasingly crowded — newsletter industry. So where does one even begin? There are the popular writers and journalists who have left their staff jobs to launch their own paid newsletters. And then there are the numerous free newsletters available on Substack to peruse through.

Also Read: Understanding the Substack Boom and What It Means for Media

All this is to say there are endless options, both on and off the Substack platform, and it can be hard to sort through them all — especially if you’re not sure if you want to pay a monthly subscription just yet. Below, we’ve selected a few (mostly) free newsletters that are focused on the media and entertainment industries for you to check out.

For all things about the podcast industry, check out Nick Quah’s Hot Pod. Quah — also a podcast critic for New York Magazine — has recently covered the drama at Gimlet’s “Reply All,” which faced its own reckoning over accusations of a toxic workplace as the podcast was publishing a miniseries about the fall of Bon Appetit’s “Test Kitchen.”

Dirt is a free newsletter written by journalists Kyle Chayka, Daisy Alioto and other contributors with essays and short commentary about TV, film and other entertainment online. Recent editions examined Netflix’s “Bling Empire,” Martin Scorcese’s thoughts on “content,” and the “strange kind of fame” that contestants from old seasons of “The Great British Bake Off” have found on Instagram.

The Ankler is a paid newsletter by the journalist and Vanity Fair contributing editor Richard Rushfield, who describes the newsletter as being “about and for the entertainment industry.” A subscription costs $10 a month or $90 for an annual subscription.

While most of Rushfield’s newsletters require a subscription to read, check out his “50 ideas to save Hollywood” from last summer, which is free to read.

4. The Front Page from The Objective

The Front Page is a free, bi-weekly media newsletter from The Objective, a team of reporters that seeks to hold the journalism industry accountable for “how journalism has misrepresented or excluded specific communities in coverage, as well as how newsrooms have treated staff from those communities,” The Objective’s “about us” page says. (You might also remember that The Objective published an open letter last summer from more than 160 journalists and academics in response to that Harper’s letter on “cancel culture.”)

Recent editions have analyzed high-profile resignations at major newspapers and accusations of racism and sexism at CBS TV stations.

Created by Delia Cai, a growth and trends editor at BuzzFeed, Deez Links is a free newsletter that sends subscribers — as the name suggests — links to interesting stories related to or about the media industry with Cai’s perspective on the pieces.

Cai also conducts interviews with journalists and editors to feature in Q&A editions of her newsletter. Check out Cai’s interview with Vanity Fair’s editor-in-chief Radhika Jones, and read TheWrap’s recent interview with Cai about the rise of subscription newsletters.

Patrice Peck’s newsletter pulls together reporting and analysis of how the pandemic is specifically impacting the Black community. A former editor and host at BuzzFeed, Peck created her newsletter as a response to how many American newsrooms tend to underreport such subjects. Check out Peck’s roundup of January coverage and her list of 10 inspiring pandemic stories from 2020.

Written by Terry Nguyen, a staff writer at Vox’s The Goods, Gen Yeet is a free newsletter examining Internet and Gen Z culture. Recent editions include commentary on how social media platforms are prioritizing commerce and the GameStop saga.

Katie Couric’s Wake-Up Call newsletter is designed to quickly catch you up on the biggest media, politics, entertainment and lifestyle stories you might’ve missed before you go about your day. It’s a mix of high-brow and low-brow, so think: COVID-19 vaccine updates, plus news about a cat that was reunited with its owner 15 years after it went missing.

Zeynep Tufekci’s Insight newsletter looks at the interactions between technology, media and society. A sociologist at the University of North Carolina at Chapel Hill and a contributing writer at The Atlantic, Tufekci’s work has primarily focused on the pandemic, but recent newsletters have examined the Clubhouse app and all those Congressional hearings with Big Tech executives.

A good portion of the Insight newsletters are free to read, but paying subscribers can get access to all of Tufekci’s writing for $10/month or $100/year. Students and educators get a discounted subscription at $1/month.

Created by Todd L. Burns, Music Journalism Insider rounds up coverage about the music industry, features Q&As with music journalists, academics and other industry figures, and includes job listings. Burns offers both free and paid editions of the newsletter. A subscription costs $6/month or $66/year.