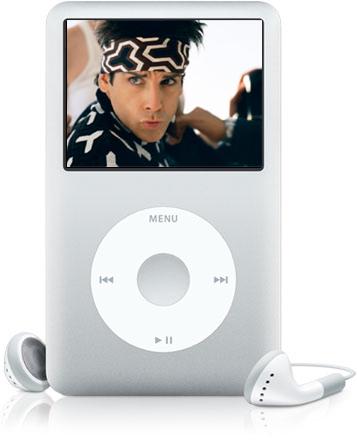 Top media and entertainment executives believe the Internet and mobile devices represent great opportunities for growth, according to an Ernst & Young report on the future of digital distribution being released Friday.

The bad news: So far, those platforms have not improved their companies' bottom lines.

In the study, over 70 chief financial officers from major companies such as Sony, Time Warner, the New York Times, and Universal Pictures discuss the challenges posed by digital entertainment.

Despite the rosy outlook, the study finds that revenues won't improve anytime soon. Total home video and music spending this year, including digital and physical products, is estimated to be $28.5 billion, down from $36.4 billion in 2006.

Though music and video sales are cratering, the appetite for digital media is more intense than ever. So too is access to digital content. The number of U.S. households with both broadband connectivity and at least one 3G mobile device quadrupled over the past five years, increasing more than 600 percent on a worldwide basis, according to the report.

So are executives accentuating the positive by ignoring reality? Howard Bass, who helped conduct the study for Ernst & Young's Global Media & Entertainment Advisory Services, told TheWrap that media companies don't have blinders on.

The news for entertainment companies sounds pretty dire, yet your study claims CFOs are optimistic. Are they in denial?
I don't think so. I think that large media and entertainment companies recognize that there is price compression and deflation. They recognize that the speed of consumer interaction is changing and that's having an impact on margins.

At the same time, they're bullish about their creative talent and their fundamental ownership of truly compelling content. They believe that they can effectively monetize that content, as long they change their cost structure. Just because they have to redefine their competitive advantage doesn't mean they can't be optimistic.

The popularity of devices such as tablets and smart phones clearly hasn't diminished. Why will people pay for the medium, but not the media?
They still pace a premium on intellectual property and content, but the price value equation is changing. The younger generations are getting used to going to the web and getting content for free that they find very valuable. That means that we have to figure out how to bundle a product better. A device is only as valuable as the content it delivers. I think it was Rupert Murdoch who said that where content was king, now it's emperor.

When you say "bundling," are you talking about strategic partnerships among technology companies and content makers?
Yes. Look at how adaptive book publishers have been to the tablet and e-book readers. The key is to create the right balance in a new distribution medium. That may take innovation on the part of content creators in their pricing model. They need a fair return, but they need to find a price that people are willing to pay for content. It can work and that's what were seeing with e-books where there is a range of pricing that's been agreed to with a cost deferential that the publishing industry supports.

How do you find a price that people are willing to pay for content?
The billions of songs sold for a dollar show that this can happen. There are four or five elements. One is user experience, and I'm talking about the ease of access and can you create a compelling user experience. Another is the timeliness of access to content. Are you getting this in real time? Are you getting it first and are you paying a premium for getting it early? Than there's the issue of quality. Are you getting high definition in quality in terms of video and sound? Than there's the issue of sharing and usage. Can i share it and move it around a network because that's going to be more valuable than something static. Those are the bundle of elements that companies need to weigh to maintain profitability.

What threat does piracy pose to monetizing digital content?
It's huge. I think the biggest thing that [chief operating officers] from our movie studio clients spend their time doing is going to Washington where they are trying to get lawmakers to understand what legislation is needed to protect intellectual property.

They're doing studies that show the size of this industry and the enormous economic impact that piracy is having, it's not lost on lawmakers. It's at the top of the agenda of media clients and its a policy debate that will continue.

Aside from legislation, has the industry succeeded in changing public attitudes about piracy?
If you look back, there was a broad campaign about illegal video content with a lot of public policy messages. It's hard to generalize, but my instinct, is that there is a heightened level of awareness. You've had artists coming out strongly and unions and guilds and content creators talking about this. I think with all of the star power involved, people recognize and appreciate the need to have creative community protected. I think that there is also a segment of the entertainment industry that has looked to the music industry and assessed what they did right and what they did wrong.