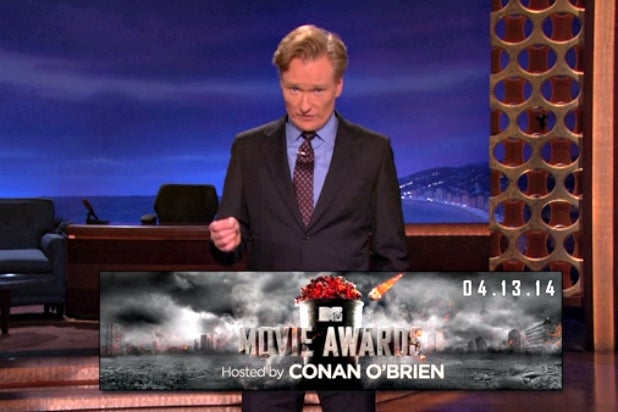 Conan O’Brien revealed Tuesday night that he will host April’s MTV Movie Awards; the media reacted — or overreacted — in kind.

The faux negative reactions ranged from: “I’m a little bit skeptical,” all the way to, “He has no regard for human life.”

In between, the words “atrocious,” “horrific,” “appalled” and the phrase “a spectacularly bad idea” came up.