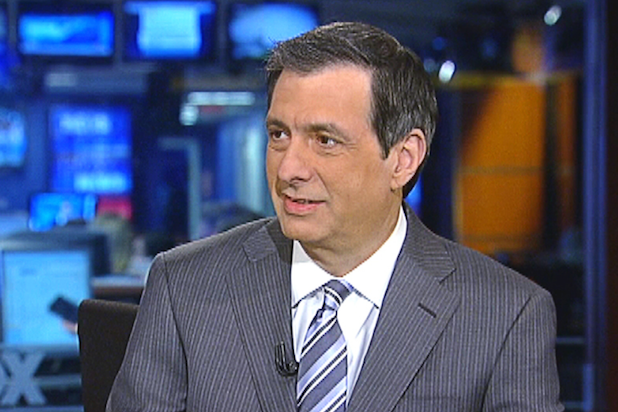 Howard Kurtz has been the media member who reports on the media for decades.

But now the “MediaBuzz” host is fired up, calling publications that mock supporters of Donald Trump “pathetic” and saying that decisions made by major newspapers have “shattered any pretense of its objectivity.”

Kurtz took Trump seriously as a candidate since Day 1 and feels that his tough-but-fair approach to the election is what attracts viewers to “MediaBuzz.”

“The media’s obsession with Trump and the massive amount of airtime disbursed on him gives him an advantage over the other candidates. Even though the media attention is often negative,” Kurtz told TheWrap. “It still helps him because he’s so skilled at punching back.”

TheWrap caught up with Kurtz to discuss the treatment of Trump, the success of “MediaBuzz,” when newspapers will scrap the hard copy and the relevancy of traditional 6:30 p.m. nightly newscasts.

TheWrap: Do you think the media has treated each presidential candidate fairly?
Kurtz: Lots of candidates are treated unfairly by the media at different times. But the level of vitriol is the mainstream media for Donald Trump has been truly remarkable. Whether you think Trump is a good candidate or not, the intensity in which commentators on the right, as well as the left, have gone after Trump along with the mockery and dismissiveness in parts of the mainstream media have been astonishing to watch. It plays into Trump’s hand as a candidate who runs aggressively against the media establishment as well as the political establishment.

What are your thoughts on publications such as the Huffington Post and New York Daily News, which specifically target, not just Trump, but his supporters as well with demeaning commentary and cover art?
I think it’s pathetic for news organizations that don’t like a particular candidate to slime the candidate’s supporters. It gives fuel to those who think we are a bunch of arrogant elitist. The Huffington Post looked ridiculous by covering Trump in the entertainment section for all those months. The Daily News stopped being a serious newspaper when it tuned its front page over to extreme attacks on Trump that shattered any pretense of its objectivity.

Has Fox News boss Roger Ailes ever pulled you aside and told you how to cover something in a specific way?
Since I joined Fox, Roger Ailes has never uttered a single syllable to be about what I should or shouldn’t do. I enjoy enormous independence at MediaBuzz and that is part of the secret of its success.

Why do you think “MediaBuzz” is doing so well and can the momentum continue after the election?
The feedback I’m getting from viewers is that they see “MediaBuzz” as scrutinizing all sides fairly and asking difficult questions about the press, it’s obsessions and it’s missteps. And, given how much partisanship is baked into cable news, an awful lot of people tell me on Twitter and Facebook and email that they find our approach refreshing. I do think the fact that I took Trump seriously as a candidate from the beginning and have been tough but fair over the course of five interviews with him also helps brand our program as taking a balanced approach to coverage of this campaign.

Will newspaper even bother to print hard copies a decade from now?
Speaking as a newspaper veteran, who still gets so-called hard copies at home, I hope there will still be printed product. But, clearly the action is moving online for all of us in the news business. In many ways that is healthy. It allows for more dialogue.

Is the traditional 6:30 p.m. nightly newscast still relevant?
A nightly newscast at 6:30 sure seems like an anachronism in an age of news on demand. But, the sizeable audiences have survived because we forget, we in the news business forget, that not everyone is glued to cable or Twitter around the clock. People are busy with jobs, kids and their lives, for now at least, there still seems to be a niche for well-produced network newscast. At the same time, the broadcast networks long ago punted on coverage of big political events like conventions, debates and primary nights. They largely ceded that turf to cable.