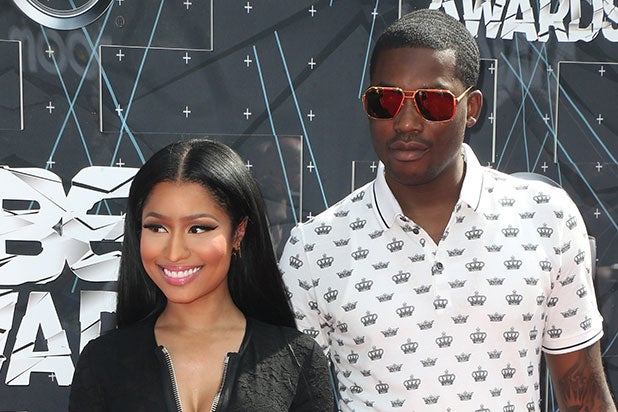 Meek Mill has apologized to girlfriend Nicki Minaj for alleging that her friend Drake does not write his own lyrics.

“I want to give a special apology shoutout to Nicki Minaj for my crazy ass going crazy on Twitter,” Mill said on stage Wednesday night while performing in Virginia. “We can’t be messing with some hood shit.”

He even apologized to the man he called out.

“I was just upset as a fan,” he continued. “Shoutout to Drake, let him be great in all the motherf—ing lanes he is great in.”

Mill took to Twitter on Wednesday morning to blast Drake for allegedly not writing his own songs.

“Stop comparing drake to me too… He don’t write his own raps! That’s why he ain’t tweet me album because we found out [sic],” the rapper wrote.

In a direct message conversation with rapper Hitman Holla on Instagram, Drake slyly responded to the allegations by writing, “I signed up for greatness. This comes with it.”

Mill’s Twitter rant caught the attention of many fans and even rapper Rick Ross, who was quick to defend Drake. Evidently, Minaj was angry enough about the tirade to warrant a public apology from Meek Mill as well.

Minaj got herself into a Twitter feud this week, too. When the rapper’s record-breaking “Anaconda” was passed over for Video of the Year in favor of Taylor Swift‘s “Bad Blood,” Minaj suggested that it was because she wasn’t the “right” kind of artist to get the coveted nomination.

“When the ‘other’ girls drop a video that breaks records and impacts culture they get that nomination,” Minaj wrote.

“@NICKIMINAJ I’ve done nothing but love & support you. It’s unlike you to pit women against each other. Maybe one of the men took your slot,” Swift tweeted.