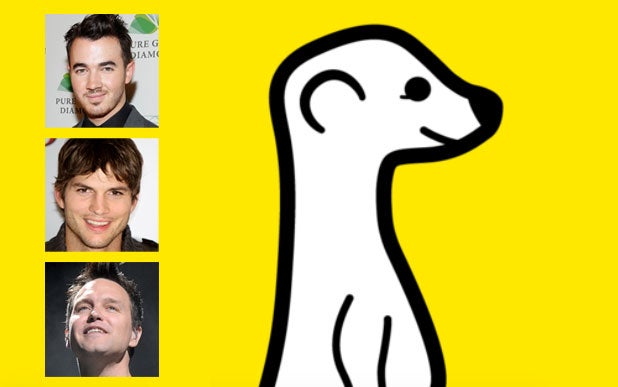 Don’t let Meerkat’s adorable corporate logo fool you — it could have a disruptive impact on live TV.

Because Meerkat syncs with Twitter, it quickly became popular on that social network; every time a live video is initiated, a tweet automatically posts with a link to the stream. Viewers are able to respond to the live stream via reply tweets.

Also Read: Snapchat Ratings Could Be a Hollywood Game Changer

On Monday morning, all outgoing tweets posted via Meerkat were unexpectedly blocked by Twitter. The resulting outcry brought even more attention to the app and within hours service to Twitter was back up and running. By Thursday, Life on Air co-founder Ben Rubin tweeted that a new stream was being launched every three seconds.

Outside the tech community, early adopters in Hollywood include tech-savvy Ashton Kutcher, Blink 182’s Mark Hoppus and Kevin Jonas, who experimented by allowing fans to watch him make an omelette.

While the app is an interesting new way for entertainers to connect with their audiences, it’s not just a platform for the rich and famous.

If Vine disrupted traditional media by turning everyone into citizen journalists, the live and unexpected element of Meerkat could suddenly elevate everyday people into global celebrities — and provide serious competition to existing streaming services like Ustream, Justin.tv, Livestream or even Google Hangouts.

Now, anyone with a phone can download the app and stream an impromptu talk show, improv performance or garage band concert to their Twitter followers in addition to anyone with access to the video link — think Wayne’s World 2.0. Once the stream has ended, footage can be saved to your camera roll and repurposed on other platforms such as YouTube or Facebook.

“Recently, we’ve been thinking about the wide range of news events and conversations happening around the world. Whether it’s civil rights issues being protested in Ferguson or musicians interrupting each other at an awards show, we kept wondering if we could get access to these moments in an easier way,” Rubin said on Product Hunt.

“We wanted to give you the option to press one button and stream live video over Twitter in the most frictionless way possible.”

It’s too soon to tell if Meerkat will propel its homegrown live stream talent to legitimate stardom the way YouTube, Vine or Snapchat have. Up to this point, office tours and adorable pet streams seem to be the most content. Time will tell if the next viral superstar is just a tweet away.