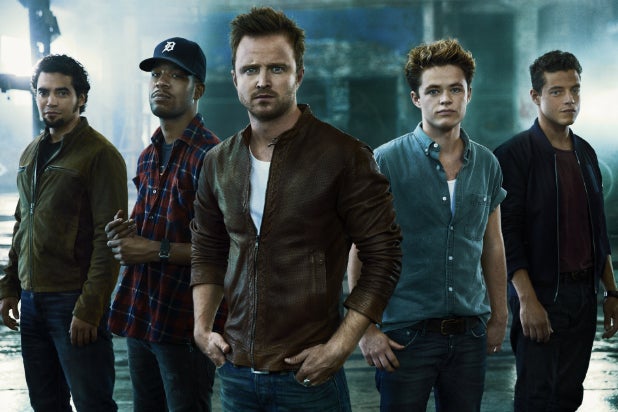 That’s exactly what you’ll see in the new behind-the-scenes teaser for Disney’s upcoming racing movie, “Need for Speed,” based on the hit video game franchise.

In the video, star Aaron Paul goofs around with villain Dominic Cooper and crew-mates Ramon Rodriguez, Rami Malek, and Scott Mescudi aka Kid Cudi as each take turns in the driver’s seat of a few really fast cars.

The movie follows Paul’s character, Tobey Marshall, as he seeks revenge and redemption for a crime he didn’t commit by challenging arch rival “Dino” (Cooper) to “the Super Bowl of underground racing.”

“Need for Speed” is scheduled to be released March 14.