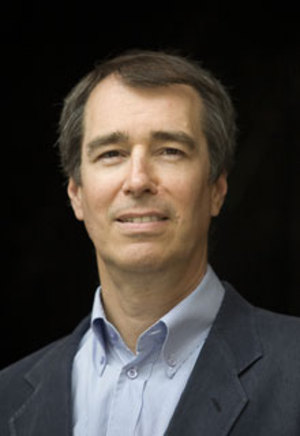 Hollywood has a new player and he’s in Abu Dhabi. Edward Borgerding, CEO of the Abu Dhabi Media Company (ADMC), will spend $1 billion making movies over the next five years. Last week at the Toronto Film Festival, he revealed his first partner to be Participant Media, representing $125 million of that investment.

In a telephone interview from Abu Dhabi, where he was fasting for the month of Ramadan, Borgerding laid out his filmmaking goals, the kinds of movies he would like to make, and the global media ambitions of Abu Dhabi. He said that two more partnerships will be announced in the coming weeks and that, yes, he has producers lined up outside his door.

Q: Why is the Abu Dhabi government, which owns ADMC, interested in making movies?

A: We’re a media company. We create and distribute content, so it’s natural to invest in the creation of content. The goals are nothing more than that. We’re a commercial company. We operate for profit, but it’s more like the BBC. You don’t necessarily notice that we’re a government company. The opportunity we see is to invest in global content. The deal with Warner Bros was the first manifestation of that strategy.

Q: Let’s talk about that. You have a deal with Warner Bros regarding gaming, but the $1 billion reserved to make movies will not be with a major Hollywood studio. Why is that?

A: There’s nothing wrong with studios. We value our relationship with Warner Bros. But

I think even the studios now are more financing and distribution companies….They deal with lots and lots of companies. We’re doing the same thing. To some extent, when you put in with those very managed environments, you’re not going to capture fresh new talent. Fresh new talent comes from more independent environments. For us to manage our portfolio, numerically and creatively, it’s interesting for us to deal with companies like Participant, where we can have access to storytelling and storytellers. That’s what’s  exciting about the film industry.

We also are looking at doing films in world cinema, with projects in China and India. The

money we have is enough to allow us to participate in a lot of places at once. It’s an awful lot of money.

Q: What are the long term goals of this investment in film?

A:  A lot of what we hope to achieve is to help develop the skills required to build a film industry here. You can hire a few directors. But if you teach people the basic skills to produce content, then the industry can sustain itself in Abu Dhabi for 50 or 100 years.

Participant will be opening an office in Abu Dhabi , as will our partners. We will develop projects here. We will learn from best of class professionalism. It’s part of a lot of things going on in Abu Dhabi. It’s a meritocracy now. Not patronage. The success of Abu Dhabi has to be based on productivity, and best of class business practices.

Q: What kinds of movies do you intend to make?

A: Primarily I run a business. I’m looking for movies that will make money. We’re going to try to make commercial movies. I think there will be a wide gamut of genres. We are looking for the right stories, told the right way..

Q: Would you make, for example, an R rated comedy? Are there religious restrictions on the films you would make?

A: We’re not going to do anything that’s insulting to the culture that we come from. But 99.9% of movies made in Hollywood are released here in Abu Dhabi and don’t insult anybody. I don’t think that’s an issue. For the kinds of stories we want to make, we’re not going to have to go there (to R rated territory). Most successful movies in the financial sense have been G and PG: ‘Star Wars,’ ‘Gandhi,’ ‘Lord of the Rings.’

Q: Would you back a major production like a ‘Lord of the Rings’?

A:  I don’t think we’ll be in the studio business of launching $200 million summer tentpole movies and hoping against hope they succeed.

Q: What’s your favorite movie of the past few years?