Spike Jones Jr. has one of the toughest jobs of anyone connected with the Emmys.

As the exec producer of the Creative Arts Emmy Awards, Jones Jr. has to produce two full Emmy shows over the course of one week. And when it’s all over, a lot of folks will end up calling him to complain, not matter how good the show turns out. 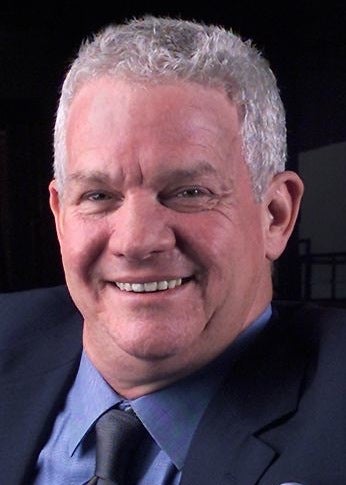 Jones Jr.’s first Emmy show of the week was last Saturday, when hundreds of nominees and their families piled into the Nokia Center for the live Creative Arts ceremony. Over 90 awards in 82 categories were handed out over a marathon-length 3 hours and 46 minutes.

"During the whole show, I’m asking myself, ‘Would they rather be watching this, or would they rather be eating?’" Jones Jr. quips, explaining the importance of keeping the show moving and as interesting as possible on the night of the live event.

But the live show may be the easy part of his week.

Because immediately after the Saturday ceremony concludes, Jones Jr. and his team begin the difficult task of condensing nearly 4 hours of footage into an 89 minute telecast for E! Entertainment Television.

Making things tougher: Everybody who wins has to get some sort of on-air mention.

"We try to do it with respect," Jones Jr. says of his editing procedure. "It’s very important to have a good show. The TV Academy has worked hard to bring the stature of the Creative Arts Award up."

One advantage Jones Jr. has is that he only has to show winners and no nominees.

Still, "You do have to be brutal and give up some babies you don’t want to," he says. "There’s a guy from E! with a large knife right behind you in the edit bay."

Winners only get 30 seconds for an acceptance speech, but because of the deer-in-the-headlights effect, many ramble over. "We had to play off more people this year than we ever wanted to," Jones Jr. says.

He and his team end up cutting a lot of winners’ speeches as a result. That can lead to some hurt feelings.

"We do get a lot of calls from people asking why their speeches were cut," Jones Jr. says. "People don’t always understand."

"She said she just wanted to come and play with her peeps, to have a good time," Jones Jr. said of Griffin.

The TV Academy had to carefully debate whether Griffin was a good choice to host, Jones Jr. said.

"We were a little concerned she would trash the show," he said.

Producers were ultimately convinced Griffin had no ill will toward the show. Last year’s co-host, Neil Patrick Harris, is emeceeing the big Sunday Emmys this year.

As for Griffin, her cold open finds her launching her own beauty pageant to make up for her childhood. She ends up on stage with two little girls and clad in a gown and a tiara.

"She does a little dance and a monologue," Jones Jr. said. But, by design, Griffin’s role is limited.

"It’s very quick and fast," he says. "She and we both want to keep things moving."

Saturday’s show, to be broadcast Friday at 1 p.m. ET/PT on E!, also features a tribute to HBO’s Sheila Nevins and a performance by Elaine Strich.

Jones may just be a glutton for punishment: This is his 15th year producing the Creative Arts Awards. He’s next set to produce the Writers Guild Awards, and he’s got several reality show pilots in the works.

So what’s the high point of his job producing two Emmy shows?

"Fading to black," he deadpans.