As the senior vice president and managing director of motion pictures for Hasbro, Bennett Schneir works with Hollywood studios to bring the company’s toys to life on the big screen. He talked to TheWrap about how Hasbro decides on what toys will work at the box office, the powerful effect of "Transformers" and the audience’s emotional connection to some toys.

Why do viewers like films about toys?
While you’re in that movie theater, those toys are real and once the movie works, all the nostalgia for the toys and all the emotional connections are there. For me, I spent countless hours on the floor playing with those things in the ’80s, and I watched the TV show. When the movie works, it’s because the toy or the game  has a very strong emotional connection with a very large part of the audience. They’ve spent countless hours playing with it. Guys who grew up on "Transformers" in the 80s — and boy, were they out there for their movie — a lot of them were fathers and wanted to introduce it to their sons, like, "You’ve gotta see this.’" The icing on the cake is the movie. 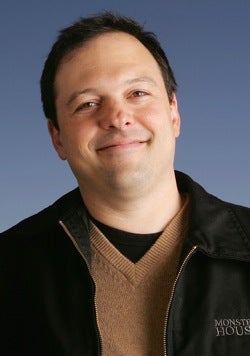 Have you noticed an increase in films based on toys post-"Transformers?"
There has been an uptick in it over the past few years. "Transformers" had an impact on everybody, and our business is always on the hunt for new inspirations for movies. We can go back to the beginning of our business and buying novels and life rights and plays and musicals. That evolved over the years to buying and making movies out of biographies or true historical events. People are realizing that toys are a pretty rich and significant source of inspiration.

What do you think it was about "Transformers" in particular that resonated so strongly with audiences?
With any franchise, you have to work at the first movie in the franchise and crack the code. With "Transformers," you have this great story about a guy — kind of nerdy — who wants a girl he’s never gonna get and life sort of sucks. What does he want? He wants a car, and he gets his first car. All of that is totally universal. But none of us have ever bought a car that’s a transforming alien robot of an eons-old battle between good and evil. That story and that way into the "Transformers" world — plus the fact that giant transforming robots are pretty compelling when Michael Bay directs them– create extraordinary action.

Now even View-Master is being made into a movie. Will any toy work as a film?
We have to determine if the movie will work on screen. Is there a movie here or not? If we’re looking at any of our properties, we look at all of these in a very careful kind of way. What is resonant or iconic about them? What’s cinematic about them? Not everything Hasbro has lends itself to a film. We have hundreds of properties in our library. Something might be right for a videogame.

You’re pulling out a lot of your older toy properties like Monopoly and Stretch Armstrong to become films. Are there any new, original toy ideas in the works?
We are absolutely thinking about creating new stories and new ideas going forward. The real driver is creating content, and we’re using our brands as a way to create content.

Hasbro has a TV channel in the works with Discovery. When did the company get so entertainment-minded?
[Hasbro President and CEO] Brian Goldner and the vision he’s brought to Hasbro is for an immersive entertainment experience. It’s all about the movie and the cinema experience and from there, merchandising just grows. I’m not exaggerating when I say he’s a visionary CEO who saw and sees and incredible future for our brands and creating great entertainment out of them.