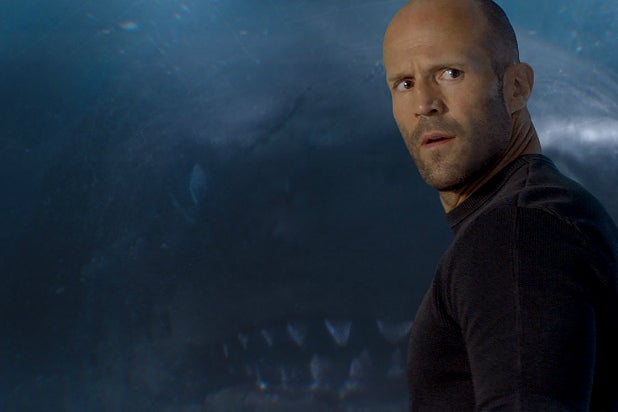 Starring Jason Statham as a deep-sea diver tasked with killing an enormous shark known as the Megalodon, the film is expected to open to $25 million this weekend. While that’s a weak start for a $150 million blockbuster, “The Meg” was co-financed and co-produced by China Media Capital’s Gravity Pictures, as the film looks to earn bigger numbers in China this weekend with the help of Statham’s co-star Li Bingbing and a story that takes place on China’s Pacific coast.

Rainn Wilson also stars in the Jon Turteltaub-directed blockbuster, which has earned mixed reviews with a 51 percent Rotten Tomatoes score.

Also releasing this weekend is Sony’s “Slender Man,” which earned $1 million from 2,100 screens on Thursday. Based on the famed internet legend creepypasta created on the website Something Awful back in 2008, “Slender Man” is projected to open to $8 million this weekend.

The film is expected to open to $10 million this weekend, which would set a new studio record for Focus for films that open on less than 2,000 screens. Laura Harrier and Topher Grace also star, with Alec Baldwin and Harry Belafonte in cameo roles.