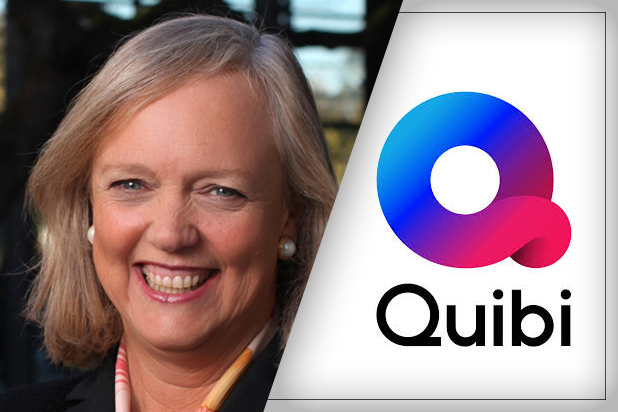 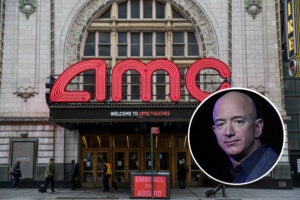 The Pros and Cons of Amazon Buying AMC Theatres

”We don’t want to be a mainstream streamer,“ CEO Meg Whitman tells TheWrap

Quibi subscribers watching the app’s shows on iPhones will be able to also view them on their TVs this month, a feature many users demanded after downloading the mobile-first streaming app.

“We don’t want to be a mainstream streamer,” Whitman said. “Our use case is still mobile-first, in some cases mobile-only viewing.”

Originally Quibi pitched itself as a form of “in-between” entertainment, taking its name from “quick bites” of content that are under 10 minutes long and made to be watched while in a line or during commutes. Integrating WiFi-enabled TV casting technology into the Quibi app was already part of the plan, but Quibi accelerated it to meet unexpected in-home viewing demand as a result of the coronavirus pandemic, Whitman said.

“My hope, my belief was that there would still be many in-between moments while sheltering in place,” Quibi co-founder Jeffrey Katzenberg recently told the New York Times. “There are still those moments, but it’s not the same. It’s out of sync.”

Also Read: When Will We Get This Fall's Full TV Schedule? (Hint: Not This Week, as Previously Planned)

Whitman said Quibi subscribers that are using the app are finding some in-between moments while home, such as during work breaks or while cooking. Quibi also heard quickly from users that the lack of TV compatibility made it difficult to watch in social settings.

“We found more people were home, and they wanted to watch a show on their TV with their family,” Whitman said. “People are still finding in-between times to watch but there are less of them and they are different.”

The company scrambled to adapt. While iPhone users will be able to cast to their TV by the end of May, Android users will have to wait a few more weeks.

The streamer got off to a rocky start after it pushed ahead with its mid-pandemic launch plans, facing not only a drastic shift in its core audience behavior but also a trade secret lawsuit over its patented Turnstyle video technology and the departure of its marketing chief Megan Imbres roughly two weeks after its debut.

The Quibi app faltered after a brief sprint up the app charts. It peaked at No. 3 on the Apple app store’s top free apps (ranked by number of downloads) but now sits at No. 98, behind all its major streaming competitors — including Tubi, Twitch, Pluto TV, Amazon Prime Video and TikTok.

In a recent interview with the New York Times, Katzenberg blamed the COVID-19 pandemic for the hurdles Quibi is facing.

“I attribute everything that has gone wrong to coronavirus,” Katzenberg said. “Everything. But we own it.”

Despite all this, Whitman said she remains “optimistic” about the future of the app.

“I am very pleased with where we are, especially only five weeks in. We did launch in the middle of a global pandemic,” Whitman told TheWrap.

“If we knew on March 1, which is when we had to make the call, what we know today, you would say that is not a good idea,” Katzenberg said. “The answer is, it’s regrettable, but we are making enough gold out of hay here that I don’t regret it.”

Also Read: Why Roku Is 'Relatively Fortunate' During the Pandemic

Nearly 3.5 million people have downloaded the mobile app since it became available, Whitman said. Quibi would not disclose how many of those downloads converted into subscriptions that endured past the complimentary 90-day free trial period Quibi offers every new user.

“The good news is, we now have customers, and we are learning more about what those customers want,” Whitman said. The majority of these customers fall in Quibi’s previously established demographic of 18-44 year-olds, but more users from the older end of the spectrum are joining too.

“We also have slightly older users; we are seeing more in the 40 and 50s range than we expected,” likely because more of those older professionals are home from work, Whitman said. “People are experimenting with new things now that they are home more often,” Whitman added.

But even with such a star-studded roster, it remains to be seen if Quibi can provide enough for its core demographic, which Whitman said is millenials and “20 to 30-somethings.”

“Many consumers, and especially younger demographics, put YouTube above food and water on the priority list, and it’s free,” Wedbush Securities analyst Daniel Ives told TheWrap in April. “Competing against this platform is an uphill battle for Quibi.”

Prior to its launch, Quibi predicted that the service would have 7 million registered subscribers generating roughly $250 million in revenue for its first year.

Whitman told TheWrap Quibi’s user growth hasn’t been as rapid as originally planned but said she believes the company is on target to hit that subscriber figure.

“I think we could get there,” said Whitman. “It’s been a little slower than we thought, but we will see where we end up in six months, or where we are at when this pandemic begins to be over.”