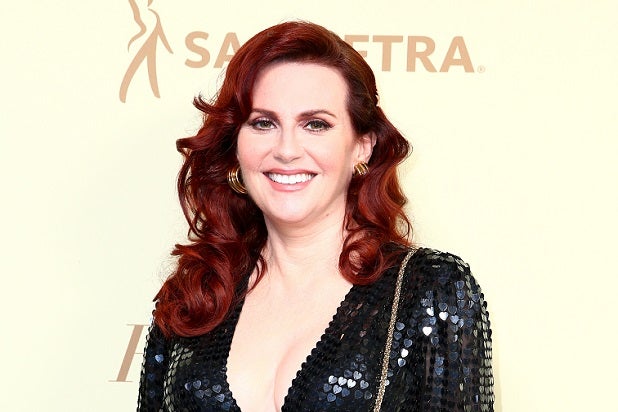 “Will & Grace” actress Mullally seemed to react with mortification on Thursday after President Donald Trump tweeted a video of the pair dueting to the theme song from the sitcom “Green Acres.”

While Mullally didn’t specifically reference Trump’s tweet, her own tweets were brief, but telling.

“omg,” Mullally tweeted, adding, “if you guys need me, i’ll be in a hole in the ground.”

Trump tweeted a video of the 2005 Emmys duet, for which the president-to-be donned overalls and weilded a pitchfork, shortly before signing a farm bill on Thursday.

Seemingly, it was more of a Throw-Up Thursday moment for Mullally.

Earlier this year, Mullally told TheWrap that the duet “wasn’t something I would even normally do.”

“It wasn’t something I would even normally do, because I think those things are stupid,” Mullally explained of her pair-up with the then-“Apprentice” star. “It was at the height of the popularity of ‘The Apprentice.’ Everybody was going, ‘You’re fired.’ Everybody was doing that, it was kind of in the mass consciousness.”

“Everybody thought he was this funny guy who was doing this caricature of himself [on ‘The Apprentice’], nobody thought he was really that person,” Mullally added. “I thought it was fun to see him in overalls and a white t-shirt and a pitchfork and a straw hat.”