Megan Thee Stallion will be the subject of a new documentary series as produced by Time Studios and Roc Nation and directed by Nneka Onuorah, a filmmaker behind the documentary “The Legend of the Underground” and an upcoming series competition series featuring Lizzo.

The multi-part docuseries, which does not yet have a title, will explore the life and career of the Grammy-winning rapper and musician, delving into Megan’s upbringing in Houston, Texas, her personal and professional hurdles and how those have shaped the many layers of her personality. The project will use archival footage and new verité video that will further demonstrate how Megan rose from being a viral freestyling phenom to now an iconic cultural powerhouse.

“We are thrilled to be able to work with Roc Nation to share Megan’s story with the world. Millions of people are familiar with her as an entertainer, but this series will give her a chance to share her truth as never before,” Time Studios co-head of documentary Loren Hammonds said. “Her story is a powerful one, and the accomplishments that she continues to achieve are remarkable.” 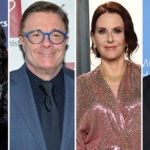 “Megan has quickly blossomed into one of the pre-eminent entertainers in the world and it’s a testament to her perseverance, resilience and professionalism,” Roc Nation CEO Desiree Perez said. “Her journey is inspirational and we’re proud to have partnered with Time Studios to highlight her personal and professional trajectory over the years.”

Megan Thee Stallion was previously included in Time Magazine’s Time 100 list for 2020 of the most influential people in the world. Time Studios meanwhile is behind the recent “jeen-yuhs: A Kanye Trilogy” documentary that premiered on Netflix.

Onuorah is a Nigerian-American filmmaker and producer who directed “Lizzo’s Watch Out For the Big Grrrls” competition series that premieres on Amazon Prime Video later this month, as well as an A24 musical documentary about Broadway phenom Ayodele Casel. She also directed President Obama in Higher Ground’s “The G Word” for Netflix. 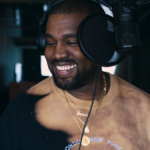 Also Read:
‘jeen-yuhs: A Kanye Trilogy’ Act III Film Review: When Kanye Got Too Famous to Be in This Doc