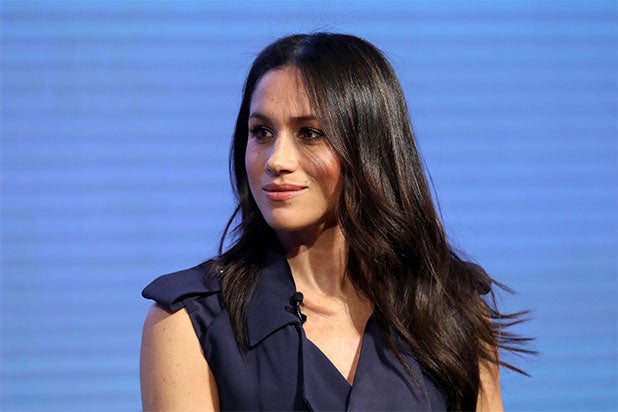 Meghan Markle endorsed the #MeToo and Time’s Up movements on Wednesday, saying that there is “no better time to really continue to shine a light on women feeling empowered and people helping to support them.”

Prince William, Kate Middleton, Prince Harry and Markle took the stage for the first annual Royal Foundation Forum, a charity set up by the two princes and Middleton — Markle will be a patron for the organization when she marries Prince Harry in May.

“What’s interesting is I hear a lot of people saying when speaking about girls’ empowerment, finding and knowing their worth, or women’s empowerment, you’ll often hear people say, ‘well, you are helping women find their voices,'” Markle said. “I fundamentally disagree with that because women don’t need to find their voices, they have a voice, they need to be empowered to use it and people need to be encouraged to listen.”

She added, “Right now in the climate we’re seeing, so many campaigns like MeToo and Time’s Up, there’s no better time to really continue to shine a light on women feeling empowered and people helping to support them.”

At the event, Middleton took the stage to talk about Heads Together, the royals’ campaign to end the stigma around mental health. Prince Harry and Prince William told the crowd what it was like working together as brothers.

Watch Markle speak at the event below.

“With so many campaigns like #MeToo and @TimesUp there’s no better time to continue to shine a light on women feeling empowered and people supporting them." PREACH, Meghan Markle, who said this morning that she plans to hit the ground running in support of women's empowerment. pic.twitter.com/YFSkjH3Ox5