Archewell Productions, the company founded by Meghan Markle and Prince Harry, is developing an animated Netflix children’s series, “Pearl,” created by the Duchess of Sussex herself.

“Pearl” intertwines adventure, fantasy and history as it tells the coming-of-age story of Pearl, a 12-year-old girl who is inspired by a number of influential women in history.

“Like many girls her age, our heroine Pearl is on a journey of self-discovery as she tries to overcome life’s daily challenges,” Markle said in a press release. “I’m thrilled that Archewell Productions, partnered with the powerhouse platform of Netflix, and these incredible producers, will together bring you this new animated series, which celebrates extraordinary women throughout history. David Furnish and I have been eager to bring this special series to light, and I am delighted we are able to announce it today.” 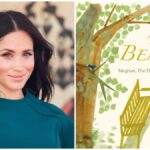 “Pearl” will be the first animated series from Archewell Productions.

“Animation is the perfect medium to bring this fun, heartfelt and inspiring story to life,” Carolyn Soper, the series’ executive producer, said. “Pearl is a character in which everyone will recognize a piece of themselves while absolutely rooting for her as she discovers so much about the world, both past and present, and how she fits into it. I am thrilled to be working with Meghan and such an illustrious team.”

“Pearl” follows Archewell Productions’ first Netflix project, “Heart of Invictus,” a docuseries produced in partnership with The Invictus Games Foundation. The series was made to spotlight the competitors and their journeys to the 2020 Invictus Games, now set to take place in 2022.