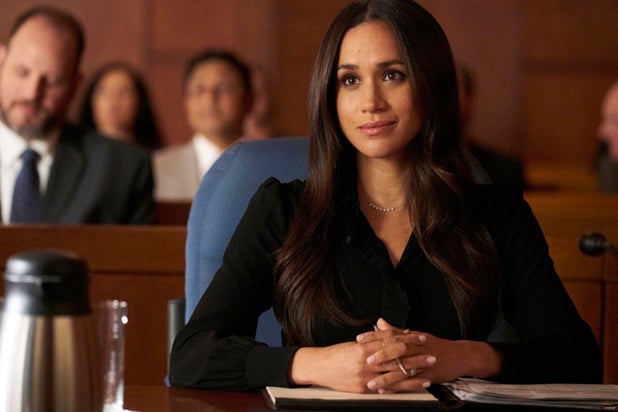 When “Suits” returns to USA on Wednesday for the second half of its seventh season, it will mark the swan song for one notable character: Meghan Markle’s Rachel Zane.

Markle is exiting the show after Season 7 to marry a prince, but her character’s impending absence from the legal drama will leave a hole on TV when it comes to representing the unsung heroes of the legal world: paralegals.

Rachel has proven herself invaluable — she has her own office with a view and is regarded as the best researcher at law firm Pearson Hardman. She swoops in to save the day for the lawyers she works with on a regular basis, something that several paralegals told TheWrap they can relate to. Just as nurses are indispensable to a hospital, so are paralegals indispensable to a law firm.

Rachel is the best representation of — and pretty much only — paralegal on TV, several of the real ones told TheWrap.

Crystal Cornett, the creator of Paralegals Connect, a service “dedicated to providing valuable information and support to succeed in the legal industry” with more than 10,000 members, said that while Markle’s character is a good representation of a paralegal, most legal dramas portray lawyers doing paralegal work, often leaving paralegals out of shows altogether.

Other legal dramas like “For the People,” “How to Get Away With Murder” and “The Good Wife,” Cornett said, can be “far-fetched.”

“Several of the lawyers were constantly drafting legal documents, filing documents, etc. which are mostly handled by paralegals,” she said. But on “Suits,” it’s mentioned “several times that [Rachel’s] position is basically more important than the new associates with little to no experience.”

On “Suits,” Rachel wants to be a lawyer, but that’s an aspiration not every paralegal has — or needs — in order to be taken seriously.

“Not every paralegal wants to be [a lawyer] and that has nothing to do with their comprehension of the law,” Perfectly Paralegal member Amber Cotton said.

Cornett noted that a paralegal’s salary “can increase to match an attorney’s salary,” and has the bonus of not having years of law school to pay off. “A paralegal’s hourly billing rate can exceed some attorney’s billing rates, depending on experience,” she said.

Sounds like it’s time for TV to bank on a paralegal drama — just please don’t have some hot-shot attorney save the day. Heck, we’ll even provide the writers’ room with some dialogue — or rather, Jean Darling Poe from Perfectly Paralegal will.

“We are the mixed martial arts of the legal profession,” she summed her profession up for us. “We hit the ground running, we fight for our clients, and we kick a– doing it.”