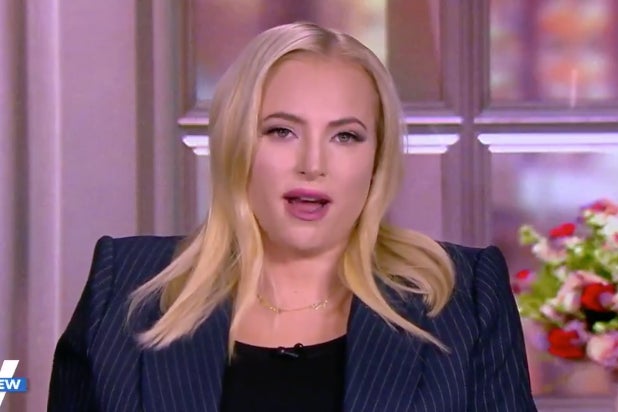 The day after John Oliver called her out for defending Donald Trump’s use of racist terms to describe COVID-19, Meghan McCain has apologized for her statements and said there “is no doubt” Trump fomented a rise in violence against Asian-Americans.

“I condemn the reprehensible violence and vitriol that has been targeted towards the Asian-American community. There is no doubt Donald Trump’s racist rhetoric fueled many of these attacks and I apologize for any past comments that aided that agenda,” McCain said in a statement posted to Twitter on Monday.

On Sunday’s episode of “Last Week Tonight,” Oliver took an extended look at the rise in violence against Asian-Americans in the context of the Georgia shootings, where a white man murdered eight people, six of whom were Asian. In addition to criticizing the lengths to which commentators and law enforcement have gone to downplay the possibility the murderer had racist motivations, Oliver also identified Donald Trump’s embrace of racist terms when talking about COVID-19 in order to blame China rather than his own mismanagement for America’s inadequate response to COVID-19.

During that part of the segment, Oliver singled out McCain for criticism, contrasting how “The View” co-host tweeted “Stop Asian Hate” after the mass shooting with what she said on a March 2020 episode of the ABC talk show. Among other things, McCain said she had no problem with Trump referring to COVID-19 as the “China virus” and smugly dismissed people pointing out the racist intent.

“Oh good! Meghan McCain doesn’t have a problem with it,” Oliver said. “Listen not to the scores of Asian Americans telling everyone that the term is dangerous and offensive. Instead, gather around and take the word of a wealthy white woman who’s dressed like she’s about to lay off 47 people over Zoom.”

“Meghan McCain posted this week, ‘Stop Asian Hate,’ with three broken hearts emoji, which is a fine sentiment to throw up on Twitter after the fact. But there has to be an understanding that saying, ‘I don’t have a problem with calling it the China virus’ is very much giving space for hate to grow,” Oliver added.

I condemn the reprehensible violence and vitriol that has been targeted towards the Asian-American community. There is no doubt Donald Trump’s racist rhetoric fueled many of these attacks and I apologize for any past comments that aided that agenda.