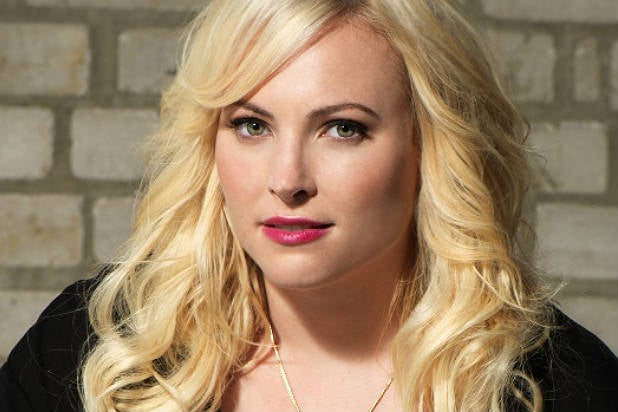 The conservative commenter had been a Fox News contributor since July 2015, and last November was named permanent co-host of afternoon chat series “Outnumbered.”

“Meghan has been a valuable part of ‘Outnumbered’ and the Fox News team,” a representative for the network said in a statement. “We’re sad to see her go, but we wish her all the best.”

McCain, whose father is Sen. John McCain, took to Twitter on Friday to say goodbye and express appreciation for her stint.

“I’m so thankful to @FoxNews for the chance to be on @OutnumberedFNC but I’m leaving to focus on other things,” she wrote. “I have no doubt the show will continue to do well and wish all my friends and colleagues at the network nothing but success.”

McCain has previously written for the Daily Beast and appeared on MSNBC, along with having hosted a show on now-defunct channel Pivot.

This is a time of transition for Fox News, with Eric Bolling exiting earlier this month following an investigation into claims of sexual harassment. As a result of this move, CNN reports that Laura Ingraham is in talks to land a primetime show that will air during the 10 p.m. slot currently occupied by Sean Hannity.

McCain’s tweets are below.

I’m so thankful to @FoxNews for the chance to be on @OutnumberedFNC but I’m leaving to focus on other things, I have no doubt the show will

- continue to do well and wish all my friends and colleagues at the network nothing but success.

Variety was first to report her departure.