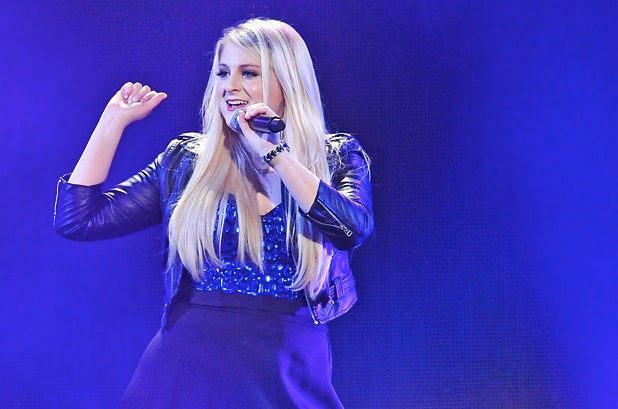 Meghan Trainor has taken down her latest music video, “Me Too,” just hours after it was released online.

In a series of Snapchat posts, Trainor claimed that that the editors for the video had digitally altered her appearance to make her appear thinner, and that she would keep the video down until the alterations were removed.

“Hey guys, I took down the ‘Me Too’ video because they Photoshopped the crap out of me,” Trainor wrote. “I’m so sick of it and I’m over it, so I took it down until they fix it.

“My waist is not that teeny,” she continued. “I had a bomb waist that night, I don’t know why they didn’t like my waist, but I didn’t approve that video and it went out for the world, so I’m embarrassed.

“The video is still one of my favorite videos I’ve ever done, I’m very proud of it. I just am pissed off that they broke my ribs, you know?”

#METOO is out on iTunes! Stream the album on @applemusic ❤️????

“Me Too” is the second single off of Trainor’s latest album, “Thank You,” which will be released May 13th.