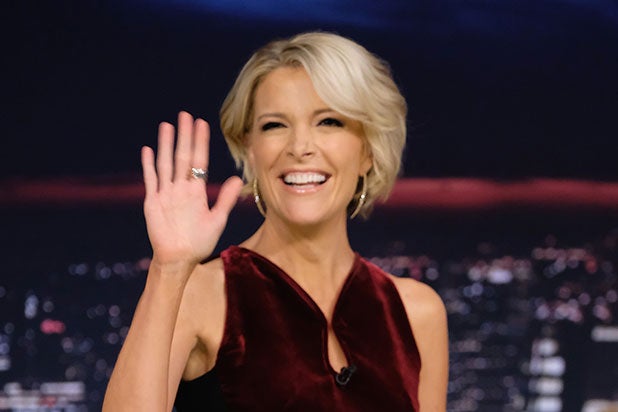 The one-hour daytime show will air weekdays and is expected to launch later this year, along with the new Sunday night news magazine show. In addition, the 12-year veteran of Fox News is expected to contribute to NBC’s breaking news coverage as well as political and special events coverage.

Kelly — who has been with Fox News for 12 years — hosts “The Kelly File,” which is among the most-watched shows on cable TV. Her last day at the station will be this Friday, the network announced

“We thank Megyn Kelly for her 12 years of contributions to Fox News,” 21st Century Fox executive chairman Rupert Murdoch said in a statement. “We hope she enjoys tremendous success in her career and wish her and her family all the best.”

Kelly was “wooed” directly by Lack, according to The New York Times.

“Megyn is an exceptional journalist and news anchor, who has had an extraordinary career” Lack said in a statement on Tuesday. “She’s demonstrated tremendous skill and poise, and we’re lucky to have her.”

Details about both of Kelly’s news programs will be unveiled in the coming months, according to NBC.

Kelly has been a Fox News star for several years, but emerged as a household name when she feuded with President-elect Donald Trump during the 2015-16 GOP primary. It was a one-sided feud, with Trump attacking Kelly on Twitter because he did not like a question she asked regarding his treatment of women during a Republican primary debate on Fox News. Kelly did not publicly fight back, but former Fox News CEO Roger Ailes defended her throughout the ordeal.

Trump eventually skipped a debate over the ordeal, but the two made up and Kelly interviewed Trump for a special on Fox broadcast. Meanwhile, Ailes has since stepped down in disgrace after numerous women, including Kelly, have come forward with accusations of sexual assault.

The Times reported that Kelly was offered more than $20 million per year to stay at Fox News, where she finished 2016 as the second most-watched host in cable news, behind only lead-in Bill O’Reilly.

Back in November, Kelly jabbed O’Reilly during an event to promote her book, “Settle for More.”

“His is an opinion show and there is a difference because, let me tell you, as a news person sometimes its harder to put ratings on the board because you just report the news,” Kelly said. “If the news is boring, it’s boring.”