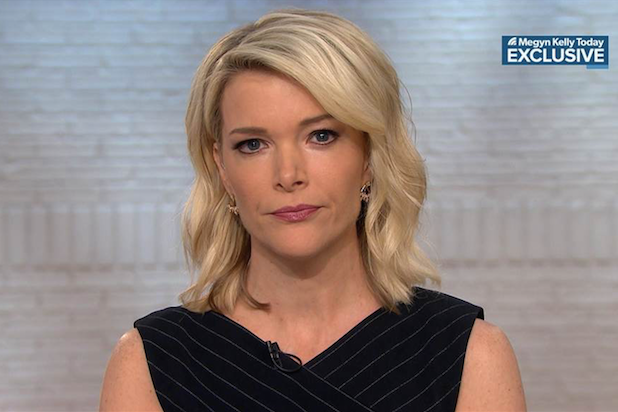 Megyn Kelly’s run on daytime could be nearing an end. Kelly has met with NBC executives to discuss the future of “Megyn Kelly Today” in recent weeks, according to a New York Times report.

“Even before this week, the future of Ms. Kelly’s show was up in the air. During a meeting this month, Ms. Kelly and [NBC News Chairman Andy] Lack discussed a possible winding-down of her portion of the ‘Today’ show by the end of the year, according to two people briefed on the conversation. And Ms. Kelly has expressed among friends her dissatisfaction with its top news executives,” the Times reported Wednesday.

But during a town hall meeting Wednesday with NBC employees, Lack condemned Kelly’s defense of wearing blackface on Halloween to NBC News employees, calling her remarks “unfortunate,” according to The Daily Beast.

Lack also applauded NBC Nightly News’ coverage of her comments. “I think that ‘Nightly’ covered the story well last night and appropriately so. I think this morning on the ‘Today’ show, the team did an excellent job covering it properly. I thought Craig and Al brought a thoughtfulness and a context to it that was sorely missing and they really did this company and our audience a real public service,” Lack said, according to Daily Beast. “And that is the ‘Today’ show and ‘Nightly’ at their very best. As we go forward, my highest priority remains, and as we sort through this with Megyn, let there be no doubt that this is a workplace in which you need to be proud and in which we respect each other in all the ways we know is foundational to who we are.”

Reps for NBC News, “Today,” and Kelly did not immediately respond to TheWrap’s request for comment.

Also Read: Megyn Kelly's Guests Lecture Her on Why Blackface Is Never OK: 'When I Saw the Headlines I Cringed'

Kelly’s future on the “Today” show came under media scrutiny after she defended wearing blackface for Halloween earlier this week on her show.

She later apologized to her colleagues in an email, obtained by TheWrap, saying that she now realizes the wearing blackface is wrong.

“One of the wonderful things about my job is that I get the chance to express and hear a lot of opinions,” Kelly began her email, which was addressed to “friends & teammates.” “Today is one of those days where listening carefully to other points of view, including from friends and colleagues, is leading me to rethink my own views.”

“I realize now that such behavior is indeed wrong,” she said of wearing blackface, “I am sorry.”

Nonetheless, her comments created an uproar online and in the media, and “NBC Nightly News” dedicated a full segment Tuesday evening to Kelly’s comments.

“NBC’s Megyn Kelly issued an apology tonight to her staff after she defended the idea of wearing blackface for Halloween,” Lester Holt said. “Her comments came during a panel discussion on her program this morning quickly sparking a backlash over remarks many viewed as racially tone deaf.”

Though only about 90 seconds, the segment packed a punch — including criticism from outsiders like television host Padma Lakshmi — and a “this isn’t the first time” moment where the piece also hit Kelly for her 2013 remarks on Fox News asserting that Santa Claus was “white.”

Additionally, Kelly’s ratings have been slipping even before her comments on Monday.

As the NYT pointed out, her hour of “Today” has averaged 2.4 million viewers, which according to Nielsen data is a drop of about 400,000 from before she took over.