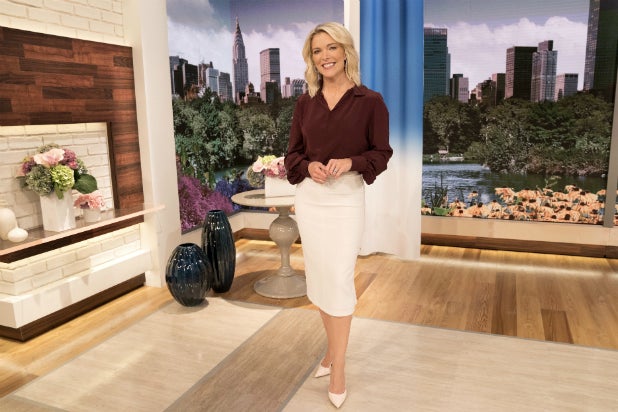 Megyn Kelly’s transition from primetime to the more-humanizing morning television hasn’t exactly been a smooth one.

Well, the Fox News Channel alum gave it a whirl anyway on Thursday, and we all have Hoda Kotb to either thank or blame for the results. Warning: once you do look at this particular “Megyn Kelly Today” clip, you can never unsee it.

Also Read: 'Megyn Kelly Today' Ratings Are So Bad Kathie Lee and Hoda Are Down Too

Watch Kelly and Kotb get down down below. If you think it’s a tough mid-afternoon watch, bear in mind that this all transpired before 10 a.m. ET.

Hoda was on #MegynKellyToday this morning for no reason other than to fill time and I've never been so embarrassed. pic.twitter.com/wXUatEcPhY

By the way, Kate’s right in regard to Kelly’s TV ratings — they’re nothing to cut a rug over — and they’ve also been dragging down the fourth hour of “Today” hosted by Kotb and Kathie Lee Gifford.

Read all about those here.