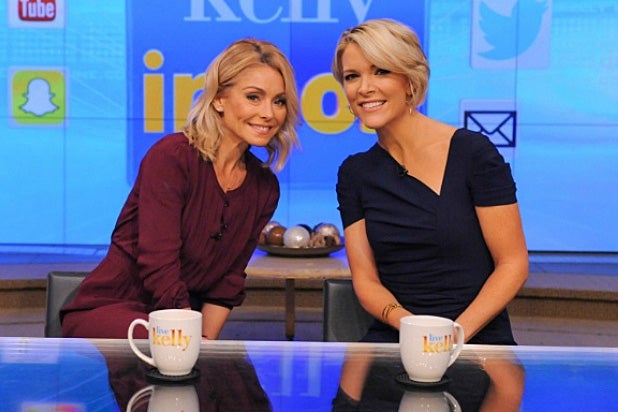 Megyn Kelly’s new morning show on NBC will air at 9 a.m. ET, an NBC News spokeswoman confirmed to TheWrap. The show is scheduled to begin this Fall.

The former Fox News Channel anchor will square off in many markets against a retooled “Live,” the syndicated ABC program led by Kelly Ripa.

Kelly’s show will replace an hour of NBC’s flagship “Today” show, while Kathie Lee Gifford and Hoda Kotb will remain at 10 a.m. ET.

TheWrap reported in February that NBC executives informed Tamron Hall and the “Today” staff that the 9 a.m. hour was being canceled to make room for a new program led by Kelly. Hall was offered a multi-year, multi-million dollar deal to stay but chose to leave and the network announced her departure.

“Today” has had issues with the 9 a.m. hour for quite some time, highlighted by the firing of Billy Bush last October for his role in a hot-mic incident with Donald Trump from his days as host of “Access Hollywood.”

“Today” currently doesn’t even include the third hour in its ratings releases, sticking to the 7-9 a.m. hours because rivals “CBS This Morning” and ABC’s “Good Morning America” are on the air during that time.

Now, ratings for Kelly’s new show will obviously be monitored closely as she goes up against Ripa and her new co-host Ryan Seacrest in the 9 a.m. timeslot.

Kelly’s was the most-watched female in cable news last year when she emerged as a household name at Fox News amid an on-going public feud with then-presidential candidate Donald Trump.