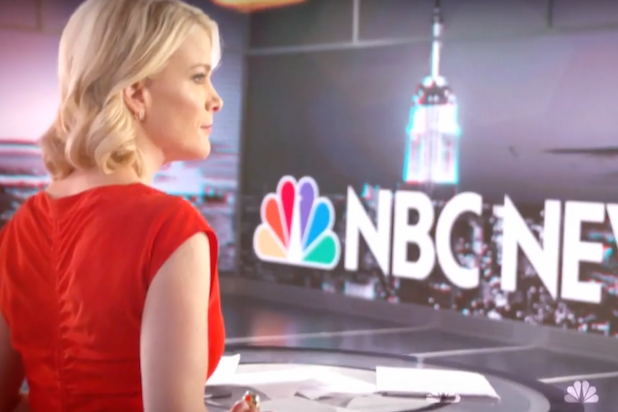 Megyn Kelly has selected TV veteran Jackie Levin to be the executive producer of her upcoming NBC morning show that will debut in the fall, NBC News Noah Oppenheim announced to staffers on Friday.

Oppenheim detailed the decision on an email to colleagues that was obtained by TheWrap.

“Having worked closely with Jackie these last two years, I know she’s one of the most talented and hardest-working producers in television news. In her current role as Senior Producer in charge of series, special projects and books, Jackie leads a team that produces an enormous amount of content on TODAY. Her intimate knowledge of the brand will be invaluable as we launch Megyn’s show under the TODAY umbrella,” he wrote.

Oppenheim continued: “Over her 29-year career, Jackie has been responsible for some of the network’s biggest bookings of all time–from presidents to pop stars– and has senior-produced some of TODAY’s most ambitious events, including all three Rokerthons, which are as logistically complicated as it gets. Jackie encourages her team and colleagues alike to push the limits, and to produce compelling television that is fresh and exciting. I know she will bring all of these same qualities to the new hour.”

Kelly’s upcoming show, which will air at 9 a.m. ET on weekdays, also announced Christine Cataldi as its co-executive producer after a 20-year run at “Today” and MSNBC.

“She knows how to tell stories that connect and inspire, which will be particularly relevant in her new role,” Oppenheim said.

Additionally, Katy Davis has joined NBC News this week as a Creative Consultant on the new show after spending 20 years at “The Oprah Winfrey Show” as a Senior Supervising Producer.

“She was an integral part of the creative team, and managed the development of groundbreaking shows, series and initiatives.  She understands how to engage with daytime television audiences, as well with a live studio audience, which is an important element we will incorporate into the new show,” Oppenheim said.

The NBC News boss concluded his memo: “A great deal of planning for this show has been underway since Megyn’s arrival at NBC News last month. I couldn’t be more excited about this new leadership team, and the staff we have in place. We all look forward to sharing more details in the coming weeks.”