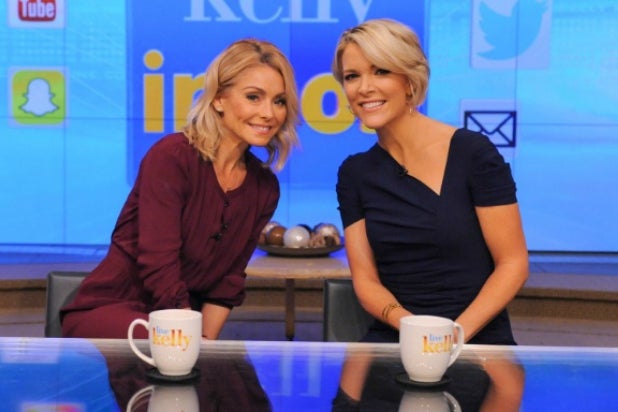 Kelly Ripa and Megyn Kelly on 'Live With Kelly'

Of course, it definitely didn’t hurt that everyone was still in shock from the early morning’s election results. And who better than Fox News Channel’s (Megyn) Kelly to explain the shocking GOP victory for viewers?

Ripa’s syndicated series landed a 3.5 rating/9 share in the 56 metered markets, which is tops for any day in six months. The last time the show hit such a high mark was Friday, May 13 — Strahan’s final show.

“Live with Kelly” is distributed in national syndication by Disney|ABC Home Entertainment and TV Distribution. The show is produced by WABC-TV in New York and executive produced by Michael Gelman and Ripa.