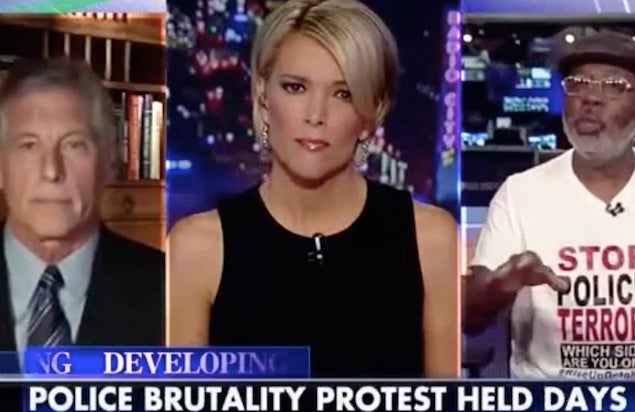 Megyn Kelly’s panel exploded on Monday over Quentin Tarantino‘s participation in a protest against police brutality, and the Fox News host questioned whether the director with such a violent filmography is really the best voice for the campaign.

“I am glad Quentin Tarantino came to it,” Carl Dix, the organizer of a rally against police brutality, told Megyn Kelly. Tarantino spoke at a rally in New York on Saturday, calling out “police terror” and saying, “this is not being dealt with in any way at all.”

Kelly shot back at Dix that it’s suspect for Tarantino to crusade against police when he “glorifies” violence in his own movies. Dix countered that Kelly is talking about movies — he’s focused on real life.

Dix slammed Fuhrman for trying to change the subject, telling him, “We can’t talk together, and I don’t want to sing with you, so shut up and listen to me!”