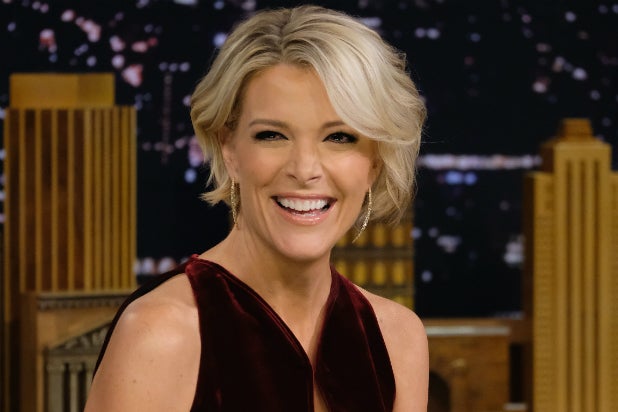 Megyn Kelly’s name has popped up in the media more in the past week than in the entire past year because workplace sexual harassment is back in the news, and it has prompted her to speak out and not ‘just sit back and enjoy my money.'”

Friday, news broke that Kelly had been among the notable newswomen to sign a letter urging Comcast to launch an investigation into NBC News after NBC made it clear it wouldn’t be pursuing a new investigation into internal handling of accusations against former “Today” host Matt Lauer.

That same day, ABC News’ chief political analyst Matthew Dowd, tweeted, “I really don’t want to hear from either Matt Lauer or Megyn Kelly. Can’t they just fade away and enjoy their large pot of money?”

Kelly, who was expected to be paid out for the remainder of her three-year contract when she left NBC, responded to Dowd Saturday in her own tweet, writing, “Yes, I could just sit back and ‘enjoy my money,’ @matthewjdowd, but instead I’ve chosen to speak up for women being harassed and abused who have been muzzled by NDAs. Sorry you find that so annoying.”

(At the time Kelly left NBC, an individual familiar with the matter told TheWrap that her the sum she was paid was believed to be between $25 million and $30 million.)

Dowd kept the conversation going, questioning if she stood up for women who accused prominent Republicans of sexual misconduct, like “Christine Blasey Ford, Anita Hill, and all the accusers of President Trump?”

“Also, I know you are blasting NBC, but I don’t see you saying much about Fox,” he continued.

Kelly pointed out that the forthcoming movie “Bombshell” portrays her standing up for women at Fox News and she “put Trump accusers on the air.”

“By the way,” she wrote, “I devoted an entire chapter of my book to the harassment scandal at Fox and discussed it on virtually every network. It was a NYT #1 Best Seller. You should read it! #settleformore”

Earlier in the week, Kelly gave her first on-air interview since leaving NBC last year to Fox News, where she called for an outside investigation into NBC’s handling of sexual assault allegations made against Lauer, to determine what executives were aware of beforehand.

Dowd deleted his original tweet and Kelly told him, “I am all for less meanness in the world. We’re good @matthewjdowd.”

Megyn Kelly’s reps haven’t responded to TheWrap’s questions about her future career plans. Meanwhile, you can catch Charlize Theron playing Kelly in “Bombshell,” which opens in theaters on Dec. 20.