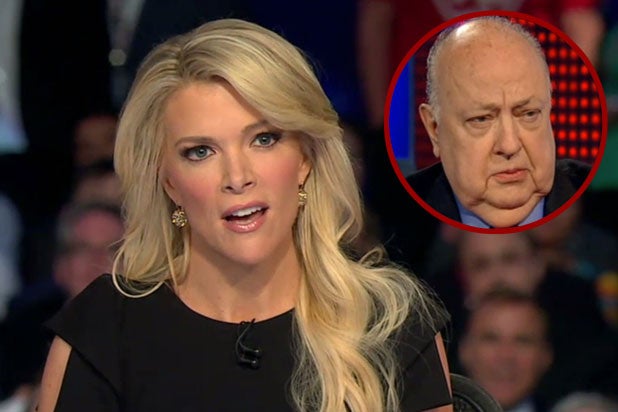 Fox News anchor Megyn Kelly claims the network’s former CEO, Roger Ailes, tried “to grab me repeatedly and kiss me on the lips” in an upcoming memoir.

Radar reported that Kelly added the new details about Ailes to her book, titled “Settle for More,” at the last minute, describing “several times” she was approached by her former Fox News boss to exchange sexual favors for career advancement.

“I would be called into Roger’s office, he would shut the door, and over the next hour or two, he would engage in a kind of cat-and-mouse game with me — veering between obviously inappropriate sexually charged comments (e.g. about the ‘very sexy bras’ I must have and how he’d like to see me in them) and legitimate professional advice,” Kelly said in an excerpt of the book obtained by Radar.

Ailes, through is attorney, denied harassing Kelly. “Roger Ailes has never sexually harassed Megyn Kelly,” Susan Estrich wrote in a statement in July. “In fact, he has spent much of the last decade promoting and helping her to achieve the stardom she earned, for which she has repeatedly and publicly thanked him.”

The book’s publisher, HarperCollins, did not return TheWrap’s request for comment.

Ailes was forced to leave Fox News in disgrace in July after former host Gretchen Carlson sued him and the network for sexual harassment, with several more women having since come forward making similar claims. Carlson and the network settled for $20 million in September.

Kelly said in the memoir that Ailes undertook an “intense campaign” against Carlson after she filed her complaint, lobbying Kelly and other network personalities to defend him publicly.

“There was no way I was going to lie to protect him,” she said in the book, per Radar.

Kelly insisted she shunned Ailes’ every advance, something she said provoked at least one veiled threat to her job security. In January 2006, she said she repelled Ailes’ efforts “to grab me repeatedly and kiss me on the lips” to which he replied, “When is your contract up?” after which he tried to kiss her for a third time.

Kelly is considered by many to be the network’s most bankable star going forward, with Vanity Fair reporting earlier this week that Fox News has offered her $20 million to renew her contract, which expires at the end of 2017.

According to the magazine, the expected fight among other networks for her services has so far failed to materialize.