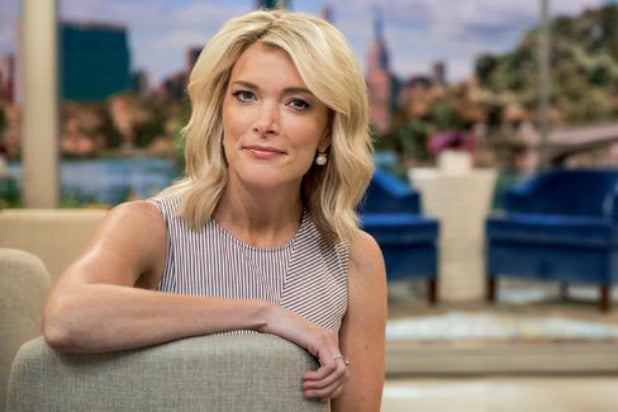 Megyn Kelly has had a somewhat bumpy first week as a morning TV personality. Her cameraman isn’t having such a great go of it either.

The hiccups for Kelly’s new NBC show “Megyn Kelly Today” continued during Thursday’s episode, as a camera man wandered into frame and dropped an expletive.

The moment came as Kelly interviewed soccer star Carli Lloyd, who was on hand to discuss her sports initiative for girls.

A noble discussion, to be sure, but it might have been more noble had the camera man not wandered into camera frame.

And then uttered, “S–t” as he realized his mistake, before clearing out of the picture, as captured in a video clip posted by BuzzFeed News correspondent Kate Aurthur on Twitter.

TheWrap has reached out to NBC for comment on the gaffe.

Thursday’s blooper is just the latest bump in the road for Kelly’s new show. After an appearance on “Megyn Kelly Today” on Monday, “Will & Grace” star Debra Messing said she was “dismayed” by Kelly’s comments during the cast’s Monday appearance on the show, adding “regret going on.” During the episode, Kelly asked a fan named Russell Turner if he “became” gay because of the show.

On Wednesday, Kelly’s attempt to broach the topic of plastic surgery with Jane Fonda as Fonda and Robert Redford were promoting their Netflix movie “Our Souls at Night” drew a brusque response from the actress, who replied, “We really wanna talk about this right now?”

Megyn Kelly’s camera man stepped into the frame and then said “shit.” pic.twitter.com/zh5vaFPQGl