First it was the Jews, now it’s blacks and women, too – Mel Gibson seems to have never met a racial epitaph he didn’t want to spew at someone.

And, for a man who Hollywood hasn't forgiven for his last vile outburst, this latest round of racist remarks could truly be a lethal weapon to his career. 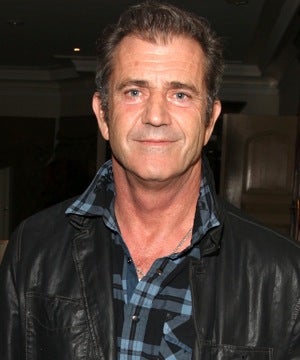 Both TMZ and RadarOnline are reporting that they have heard tapes of the former “Mad Max” screaming one racial slur after another — not to mention more than a few sexist slaps — at now former girlfriend Oksana Grigorieva.

Gibson, who has been locked in a custody dispute with the mother of his seven-month daughter since the couple spilt in April, supposedly verbally attacks Grigorieva for the way she is dressed and tells her, among other choice comments, that she is “an embarrassment to me.”

Then things reportedly really go off the rails with the Oscar winner unloading his real lethal weapon and screaming "you look like a f—ing pig in heat, and if you get raped by a pack of n—ers, it will be your fault."

Perhaps this is just sickening gossip from one side to stain Gibson’s reputation in what has been a war of She Says, He Did in the last two weeks. Perhaps.

We don’t know because neither representatives for Grigorieva nor Gibson responded to TheWrap’s request for comment. 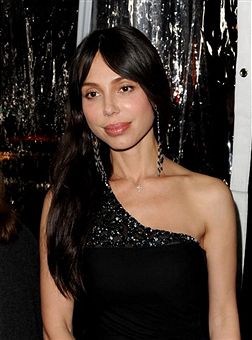 So what do we know?

We do know it will surely be bad news for Gibson, whose “comeback” movie in January, “Edge of Darkness,” did only $80.8 million worldwide but cost a reported $80 million to produce. And it will certainly be bad news for his upcoming Summit picture “The Beaver,” which so far has no release date. (Summit has not yet commented.)

We do know that it will re-ignite the flames of his Malibu comments.

As for Grigorieva and Gibson — who filed last April for divorce from Robyn Moore, his wife of over 30 years and the mother of his seven other children, we know they have broken up. In Moscow on May 19 Grigorieva told the press that: "We have split up — suddenly and recently.” She added, “Unfortunately, I cannot give you the reason. But you will find out everything quite soon."

We also know that in late June, after what both sides were publicly saying was an amicable and mediated split, Grigorieva sought and received a domestic violence restraining order against Gibson and blocking him from seeing their child. We know Gibson had the judge’s order modified on June 24, a couple of days later, so he could see little Lucia. On June 29, Stephen Kolodny, Gibson’s lawyer, said that there hadn’t been domestic violence but that they had a few quite heated and loud arguments.

We know that Gibson and Grigorieva, or at the very least their lawyers, are expected in front of a Judge on July 20 for a hearing on her restraining order and the status of their daughter.

That we know.  The rest is whispers and rumors.

Which is what it would likely remain except for the fact that Gibson has let loose such racist profanity before. "F—king Jews,” a drunk Gibson said to Officer James Mee when the actor was arrested on Malibu’s Pacific Coast Highway for driving under the influence on July 28, 2006. “Jews are responsible for all the wars in the world. Are you a Jew?”

Later, a publicly contrite Gibson would say that his words were "blurted out in a moment of insanity.” Gibson would, as he did back in the 1990s when he mocked and verbally attacked homosexuals, say he was sorry, going to stop drinking and seeking “the appropriate path for healing."

At the time, superagent Ari Emanuel wrote an open letter to Hollywood asking it to professionally shun Gibson and refuse to work with him because of his remarks. Having just come off the success of directing “Passion of the Christ,” which was criticized by Rob Reiner and others as being anti-Semitic in its depiction of Jews’ role in the death of Jesus, Gibson tried to quarantine the fallout from his hateful words.

"He was just full of beans back then," Foxman told TheWrap. "He was just saying what his agent or his publicist told him to. He made no real effort at rehabilitation or reaching out to the Jewish community."

Sorry, Mel, but it sure did sound like you were one then — and, if these new recordings are for real, sure sounds like it now, too.

That’s something you and Hollywood are really going to have to think about this time.