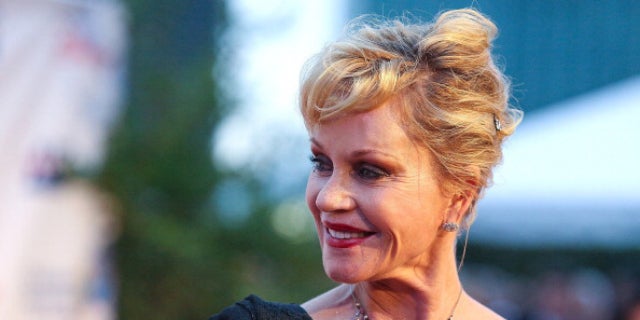 Hey Hollywood screenwriters: Melanie Griffith has a bone to pick with you.

In a recent interview with Fox news promoting her independent thriller "Dark Tourist," the "Working Girl" actress told Fox411, "In this day and age … most of the scripts are so sh–ty and stupid and superficial."

"I don’t go to the movies these days because there is nothing to see," she added.

Griffith lamented reading the lackluster scripts that husband she and Antonio Banderas get (though her feelings about "Expendables 3," which Banderas recently signed up for, are currently unclear).

The 56-year-old also said she's surprised by her evolved attitude toward Hollywood versus when she was in her 20s and 30s, when she would hear actresses "bitch about not getting any work when they turned 50 … Now I understand it."