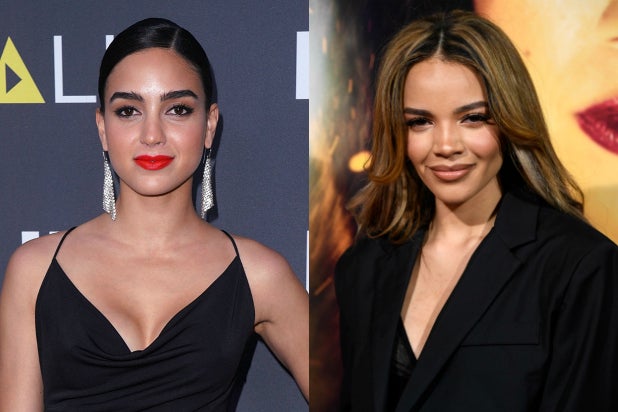 Melissa Barrera and Leslie Grace have joined the cast of Jon M. Chu’s “In the Heights,” producer Lin-Manuel Miranda announced on Twitter on Thursday.

Barrera will play Vanessa, while Grace will play Nina. Corey Hawkins was previously announced as Benny, while Anthony Ramos is starring as Usnavi.

In the Broadway production of “In the Heights,” which won the Tony for Best Musical and Best Original Score, Benny falls in love with Nina, the girl who “made it out” of the upper Manhattan Washington Heights neighborhood. Nina is enrolled in Stanford, drops out and returns home, where Benny works for her father. Benny dreams of opening his own business but has to deal with Nina’s father, who refuses to accept Benny and Nina’s relationship.

The musical was created by Lin Manuel-Miranda and Quiara Alegría Hudes and follows a bodega owner in New York City’s Washington Heights neighborhood who has mixed feelings about closing his store and retiring to the Dominican Republic after inheriting his grandmother’s fortune.

“In the Heights” had originally been set up at The Weinstein Company. However, Hudes and Miranda regained control of the film rights in the aftermath of the company’s downfall following the sexual assault and harassment accusations against Harvey Weinstein, and TWC’s subsequent bankruptcy. Warner Bros. won an intense bidding war for the rights to the musical.

Barrera is a Mexican actress whose credits include the TV series “Vida” and “Perseguidos.” She is represented by UTA, Cross Over Entertainment and Wolf-Kasteler Public Relations.

Grace is a singer who has recorded songs including “Will You Still Love Me Tomorrow,” “Be My Baby” and “Day 1.”

The studio has dated “In the Heights” for a June 2020 release. Hudes is penning the script with Marc Klein (“Serendipity”).