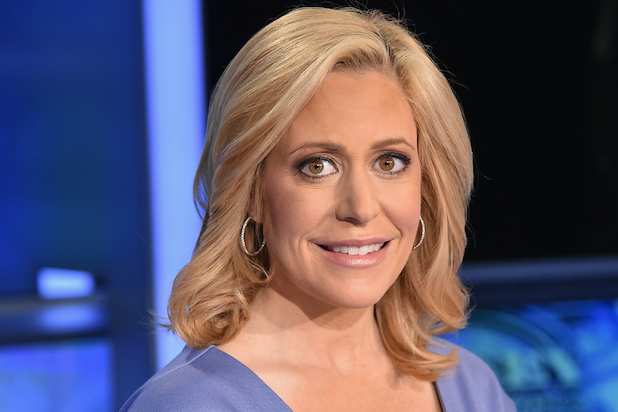 Melissa Francis has been off the air at Fox News and Fox Business since Oct. 7, and it is unclear when — or even if — the “Outnumbered” co-host will return to either network.

A Fox News spokesperson told TheWrap that Francis has not been fired, contradicting a Thursday L.A. Times report that she had been let go after filing a discrimination complaint against the network.

The network also sidestepped why Francis had been off air for the last two weeks. “Fox News Media regularly considers programming changes, including to its daytime lineup, and will launch new formats as appropriate after the election,” Fox News Media said in a statement. “These changes are being made independent of any other ongoing matter.”

The LA. Times reported Thursday that Francis, who co-hosts Fox News’ “Outnumbered” and joined Fox Business Network in 2012, recently filed a gender-based pay discrimination claim against the company. According to the report,  she has been working at the networks without a contract for a year. The network did not directly dispute anything in the L.A. Times story.

Fox News reps would not comment further on the host’s future or the status of any complaint. TheWrap could find no evidence that any legal case was filed outside of Fox News.

Beyond not appearing on her usual shows within the Fox News Media ecosystem, Francis also hasn’t been active on social media in several days. Her most recent tweet, from Oct. 18, said, “Trump will win. I’m not advocating, I’m telling you to mentally prepare. Don’t say I didn’t warn you.”