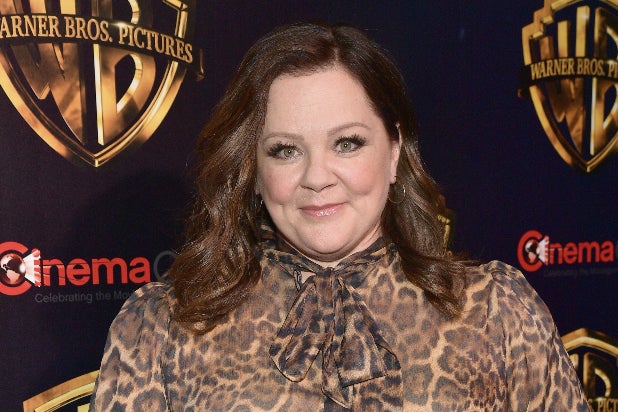 In a video posted Thursday night, Melissa McCarthy apologized to fans for a donation given to an evangelical group called Exodus Cry whose founder and president has a history of anti-LGBT and anti-abortion activism. The actress also said the $20,000 donation, granted as part of a charity effort tied to her upcoming HBO Max film “Superintelligence,” has been rescinded.

“Hi there. It has come to our attention that our 20 Days of Kindness, which is something — a kindness up that we started to kind of shine a light on 20 great charities — had one in there that, there’s no other way to say it, we blew it,” McCarthy said. “We made a mistake and we backed a charity that, upon proper vetting, stands for everything that we do not. So I want to thank everyone, on social media who said, ‘What are you doing? Are you sure you want to back this?’ Because the answer was no we do not.”

“We have pulled it. We are so incredibly grateful for you ringing the bell and helping us be better,” the actress continued. “We’re sorry for our mistake. Oh boy, are we sorry for it. [I] can’t believe that we missed it. And that’s it. And I just want to say that I hope it doesn’t ding the other charities because they’re really doing some amazing things, and 20 Days of Kindness Is really meant to shine the light on all of those wonderful charities. So, let the kindness continue… and thank you. Thanks for the help, we really needed it.”

In a separate statement, HBO Max said: “We were made aware of the issues surrounding Exodus Cry and have removed them from the list of partners associated with the 20 Days of kindness campaign.”

Earlier this week, HBO Max announced a holiday-themed promotion surrounding “Superintelligence” for the streaming service. The campaign “will highlight and donate $20K to a different good cause daily for 20 days while encouraging others to lend their support along the way” according to HBO Max. Among the other groups listed are Planned Parenthood, Make-A-Wish, Human Rights Campaign, Girls Who Code and The Trevor Project.

The Daily Beast first reported that among the groups receiving donations was Exodus Cry, a Sacramento-based Christian organization that describes itself as “committed to abolishing sex trafficking and breaking the cycle of commercial sexual exploitation.” The group’s founder and president, Benjamin Nolot, who also wrote and directed the Netflix documentary film “Liberated,” has a history of inflammatory rhetoric about gay people and abortion. Nolot once referred to homosexuality as “an unspeakable offense to God” and compared abortion to the Holocaust. Nolot has said that his views on LGBTQ issues have “evolved” more recently and that he advocates “for the right of all people to be free from all forms of oppression.”

The evangelical group presents itself as an “anti-sex-trafficking organization,” but, per the mission statement laid out in its 2018 tax returns (according to The Daily Beast’s reporting), it wants to ultimately abolish the sex work industry entirely, and appears to baselessly equate all pornography and sex work with sex trafficking. Those positions as well as Nolot’s previously stated views on abortion and LGBT rights sparked a social media backlash. Read more about that here.

According to the organization’s 2019 tax returns, Nolot earned $111,469 as the full-time president and director of Exodus Cry.

For the record: A previous version of this story incorrectly suggested that Exodus Cry had made public anti-abortion and anti-LGBT statements.