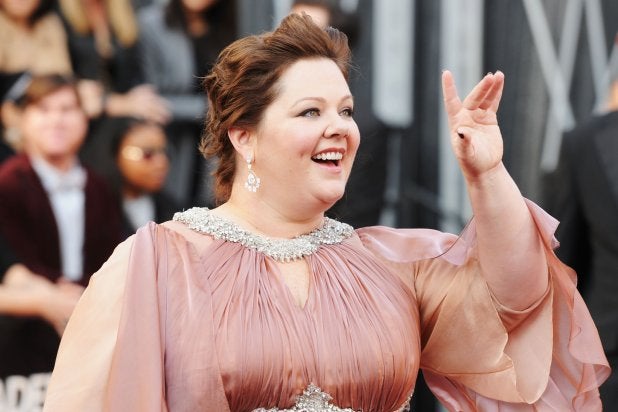 Melissa McCarthy got into the clothing design business for a very personal reason. Despite her rising star in Hollywood, she was struggling to find a dress to wear to the 2012 Oscars. This was the year she was up for Best Supporting actress for her work in “Bridesmaids.”

“I couldn’t find anybody to do a dress for me,” she admitted to Redbook magazine. “I asked five or six designers–very high-level ones who make lots of dresses for people–and they all said no.”

In 2011, McCarthy went so far as to design her own dress for the Emmy Awards, with friend Daniella Pearl. It was then that they first started thinking about collaborating on a plus-size clothing line. “When I go shopping, most of the time I’m disappointed,” McCarthy said.

See video: Melissa McCarthy Gets Away and Gets Caught in New ‘Tammy’ Trailer

The “Mike & Molly” star also opened up about fame, and keeping her family grounded, saying, “[My oldest daughter] asked me, ‘Are you famous?’ And I said to her, ‘Famous doesn’t mean anything. Just because people know my face doesn’t mean they know us or that it makes us any more interesting or better.'”

She said her husband, actor Ben Falcone, helps keep her grounded, and that she’s grateful she didn’t achieve tremendous success until later in her career.

“I see teenagers or people who are 21 and think, I was an idiot at that age,” McCarthy said. “I was running around New York like a crazy woman. Thank God I only had three and a half cents to my name. I was too immature to handle success then.”

Melissa McCarthy is looking for another comedy hit in theaters when her latest film, “Tammy,” hits theaters on July 2. McCarthy co-wrote the film with Falcone, who also directed it.